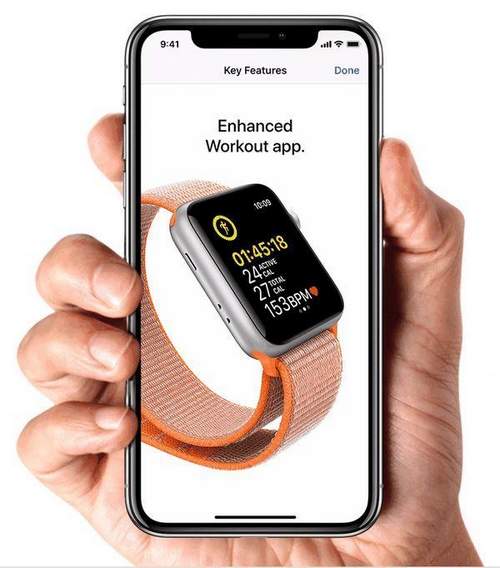 The screenshots of the screen of your iPhone are very convenient to use to share interesting fragments from your favorites, sports results, dialogs on social networks. for example, Twitter or Facebook, errors in the operation of the device you want to report, and many others.

Making a screenshot on an iPhone is very simple, but the technology is different when it comes to different smartphone models. In this article, we will show how to take a screenshot of the screen on iPhone X and 8 and tell about all the manipulations that can be done after them.

How to take a screenshot on the iPhone 10 using the side buttons?

1. Open the application or screen whose screenshot you want to take.

2. Set everything in the way you want to see it in the picture.

3. Press and hold the side button on the right side of the phone.

4. Simultaneously press the volume up button (instead of the home button).

5. You will see a flash on the screen and hear the shutter sound (if the sound on the phone is turned on).

After taking a screenshot on the iPhone X, you can use the iOS 11 layout features for instant editing of the screenshot just taken.

How to take a screenshot on the iPhone 8 and 8 Plus, with two buttons?

1. Press the side button (previously called the Sleep / Wake button or power off button).

2. At the same time, press the return button to the home screen.

3. The phone’s display flashes and you hear a shutter sound (if the phone is not in silent mode). This means that you were able to take a screenshot and it was saved on your device.

If you press the lock and return buttons to the home screen at the same time, the iPhone will perform the corresponding function. for example, it will call Siri or block the phone. Therefore, you should once again make sure that you press both buttons at the same time.

How to take a picture using Assistive Touch?

Use the AssistiveTouch function (assistive touch) to take a screenshot with one hand.

Here’s a screenshot of the iPhone X and 8 using AssistiveTouch:

1. To do this, open the settings menu and go to “General” (General).

2. Scroll down to the Accessibility feature.

3. Tap on the AssistiveTouch tab.

4. Turn the AssistiveTouch switch to the On position.

5. On the same screen, find the option “Customize Top Level Menu”. Click on it.

6. Click on the button with the image of the “Custom” star and select “Screenshot” from the list.

Read more:  How to check the memory on your iPhone

7. After adding the Screenshot option to the AssistiveTouch menu, you will be able to take screenshots using the button that appears on the right side of the screen.

How to view and send a saved screenshot on iPhone X and 8?

You can send screenshots from the Photos application or the application menu. The method of sending depends solely on your preferences, as it does not affect the quality or speed of sending the file.

How to send a screenshot through the “Photo”

2. Enter the “Albums” and open the “Screenshots” album.

3. Scroll through the album and at the end you will find the saved screenshot. Click on it to open.

4. Click on the “Share” icon with the up arrow in the upper left corner of the screen, and you can send a screenshot through the application you need.

In iOS 11, Apple made it easier to view, send, tag, and crop a screenshot.

How to send a screenshot through the application menu

1. The first thing you need to do is go to an application that supports the ability to send photos (often these are instant messengers or applications that support the chat function).

2. Attach a photo using the built-in application tool (often it is located to the left of the message line or to the right in the upper corner).

How to view a screenshot on iPhone 8 and iPhone X (X)?

After taking a screenshot of the screen on the iPhone, its image will appear in the lower left corner. Click on it to view it. However, if you do not want to send the picture right now and it simply bothers you, just swipe it off the screen and it will disappear.

Read more:  Where is the download folder in iPhone

If you took screenshots earlier and you need to view them, open the Photos application, select Albums and open the Screenshots album.

How to crop a screenshot on iPhone 8 and iPhone X?

Using the Instant Markup feature, you can easily crop a screenshot. For this, no special modes or icons are needed, hidden deep in the menu (as is the case with the Photos application).

1. If you just took a screenshot, it will appear in the lower left corner.

3. So, you will see the photo in a blue frame, on the edges of which thick pointers will be located. To crop a screenshot, click on the lasso and, holding it, move it. Your picture will be cropped to highlight.

How to tag screenshots using iPhone?

After you have received a screenshot, you can put a label on it that indicates your location, enlarge a part of the image, highlight a phrase in an email, and apply other effects available on iPhone 8 and iPhone X.

2. Select one of the available tools to edit it.

Have a question? Write a comment, we will help you.