How To Take A Screenshot On Samsung All The Ways 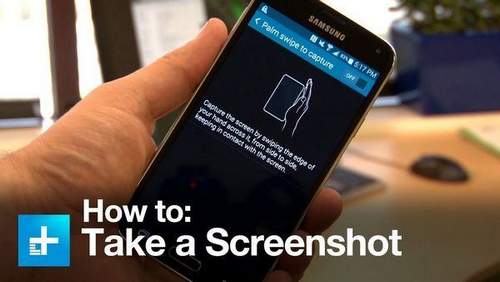 Once there is a need to photograph the image from the screen of your smartphone in order to send it to a friend. For example, you won beautifully in some game or want to show your interlocutor the number of messages the girl sent you while you were distracted. In general, there may be a variety of reasons why you need to take a screen shot, but on different phones it is made differently. Let’s figure out how to take a screenshot on the Samsung using only the sound and on / off keys. The methods are pretty simple.

How to take a screenshot on a Samsung phone?

The smartphones of this company usually have the Android operating system built in, which makes it very easy to take a screen image. At the same time, it will be saved in the “Gallery” and you will not have to look for the screenshot taken. First you need to find out your version of Android.

There are four ways to take a screenshot on Samsung. Which one should you choose? It depends on the version of Android installed on your mobile phone and which keys on your device are considered “hot”.

The first way to take an instant screenshot is to hold down the Home and Power buttons simultaneously. Holding them for a few seconds, you will take a screenshot, which can then be used as a JPG image. But if you didn’t succeed, you will have to use the second method. Before taking a screenshot on the Samsung, open the window that you want to remove and hold down the Power and Volume Down keys. A snapshot will appear in your gallery.

On older versions of Android, everything is just as simple. Hold down the Home key and the Back button at the same time, and the screenshot from your smartphone’s screen will appear in your Gallery. As you can see, everything is quite simple, and if necessary, you should not have a problem with this screenshot. Remember that the “Power” button and the “On / Off” key. This is the same. But what if none of the above methods helped?

How to take a screenshot on the Samsung Galaxy?

Newer versions “Android” have a slightly different screen capture system. For example, to take a screenshot on a Samsung Galaxy, you must simultaneously hold down the Home and Back keys. The picture should appear in your “Gallery”.

By the way, on HTC smartphones, the production of images from a mobile screen is arranged in a similar way. Which is very convenient for those who have recently changed their phone.

How to take a screenshot on an old version of Android?

If you tried all the above methods and the picture could not be saved, then most likely you have an old version of the operating system on the phone. So, on phones with Android 1.2 there is no such function. And to take a screenshot on the old “Android”, you have to download a special program No Root Screenshot. This, of course, is not too convenient. By the way, this program also works on new versions of the OS, which means that you can use it even on the latest “Android” to capture the screen.

Read more:  How To Set Up Mms On Samsung

What is a screenshot?

The meanings of this word are few. Screenshot (screenshot). this is an exact screenshot, which displays exactly the image that the user saw when he took it using the hot keys. Let’s see why it might be needed.

A screenshot is a very handy feature. It exists in most operating systems, on almost all modern devices. If on a computer a screenshot is taken using the Prt Scr / Sys Rq button, then on smartphones this is done differently. The answer to the question of how to take a screenshot on the Samsung phone was discussed in this article above. But why might you need a screenshot of a mobile device?

Why is this needed?

A screenshot can come in handy in various situations. For example, you had some kind of error and you need to explain the essence of the problem to technical support, but you don’t understand how to do this without a snapshot. In this case, the screenshot will certainly help. Also, a snapshot can be useful for active games on a smartphone, for example, to save game moments or your statistics in the phone’s memory. This may come in handy in the future.

Read more:  How to turn off Auto Answer on Samsung

Often you also need to photograph the correspondence with someone. But many people do not understand how to take a screenshot on Samsung in order to save chat from VKontakte or WhatsApp. Therefore, you should know the hot keys and use them if necessary. The advantage of this function is that the pictures are saved in the “Gallery” in the JPG format, which opens on all known devices, including various players, game consoles, personal computers, players and, most importantly, on all mobile phones with color screen, not to mention smartphones.

If you went to the “Gallery” of your phone and did not find a picture there, then look in the “My files” folder. Also, folders with screenshots may have the following names: Pictures, Screenshots, ScreenCapture. If you cannot find the picture taken, you may have chosen the wrong way to take the screen and the screenshot was not saved. Try using other keyboard shortcuts. All ways like on “Samsung” take a screenshot of the screen shown in this article above.