How To Take A Screenshot On Samsung A50

Often, mobile phone manufacturers change the way they work and the location of various device functions. For example, many owners do not know how to take a screenshot on the Samsung A10 and A5 smartphones. We tried to figure this out. Detailed instructions can be found later in this article.

How to take a screenshot on Samsung Galaxy A5

A screenshot is not a very popular feature on a smartphone. But in some circumstances, it is still necessary. For example, if we want to show friends achievements in our favorite game. Or quickly save a photo from the Internet without resorting to downloading it. There are a number of cases in which you can not do without creating a screenshot.

To make it on the popular Samsung Galaxy A5 model:

Press the power button and volume down button at the same time;

Press the power and volume down buttons simultaneously

Read more:  How To Take A Screenshot On Android On A Smartphone And On A Tablet Lg, Samsung, Lenovo

You can find the screenshot that we just created on Samung in the gallery of the mobile device. The system automatically creates a folder for them called “Screenshot”. But it can be renamed in the file manager. There is another way to take a screenshot on this smartphone model. Instead of the volume key, you need to press the “Home” button along with the power button.

Create a screenshot using the Home keys and power button 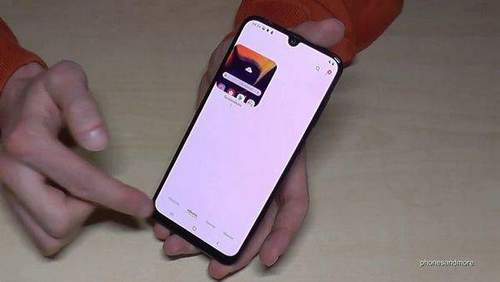 And also hold until it is created.

How to create a screenshot on Samsung Galaxy A10

Now let’s talk about a newer version of the popular Samsung mobile phone lineup, the Galaxy A10. She has undergone major changes with respect to the A5. There is no longer on the case the distinctive feature of Samsung. the physical Home button. Therefore, the method that involves using it for a screenshot is no longer applicable to this model. But in Samsung A10 there are other ways to do this. They will be universal for other models: A20, A30, A50.

Open the settings of the Samsung smartphone. Select the item called “Movements and gestures”;

Move the slider to the “Active” position. Swipe the edge of the palm of your hand across the screen of the smartphone and a screenshot will be created.

Swipe the screen with your palm on Samsung

Place your palm as close to the Samsung screen as possible to cover a large area of ​​it. You need to hold horizontally the screen, from left to right. Or vice versa. The finished image can be found in the gallery. You have another way to get a photo of the display. As in the Samsung Galaxy A5 in the A10, you can take a screenshot as follows: press and hold the power button and volume up button.

Hold the volume button and power button to take a screenshot

Read more:  How to Set Up Samsung Smart TV Over Wi-Fi

Why I can’t capture the screen on a smartphone

Sometimes users complain about the work of Samsung smartphones for the reason that it is impossible to create a screenshot in all the ways described above. On the manufacturer’s website, the blog says that new devices may fail when trying to create a screen picture for the first time. Try to do this several times. Use the different methods that are described in this article. Except these three others does not exist.

If you used all the methods several times, but still can’t create a screenshot, then there are probably a number of reasons for this.