How To Take A Screenshot On Lg 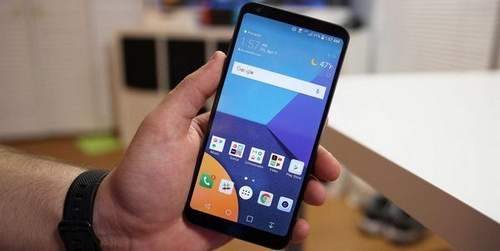 A screenshot is a very useful thing, however, many owners of LG touch phones simply do not know how to make it. In fact, the process is very simple and does not require any technical knowledge, there are two methods that allow you to take a screenshot of your mobile phone, let us consider each of them in more detail.

How to do on the phone lg screenshot using physical keys?

This method works on all models of LG smartphones, however, the keys themselves that need to be pressed and held may vary slightly. If we consider the old phones of the manufacturer, here this function is available using the buttons “power” (you turn on the device to it) and “home” (it allows you to go to the main menu, to the main screen of the phone).

The main thing is to press these keys simultaneously, at first it will be rather inconvenient, but you can get used to it over time. After the picture is taken, you can find it either in the folder with pictures, or in the one called “Screenshot”. If you swipe the screen from top to bottom, you will see a message that the picture is ready, if you click on it, then you will automatically get to the folder with the screenshot.

Modern models of LG phones are more perfect, to take a screenshot on them, you will have to use a different set of keys. On the back side of the device’s case there are power buttons, as well as volume, “” and “-”, in this case two, “-” and “power” are required. As in the previous case, they need to be clamped and held for some time, very briefly. As soon as the picture is taken, the corresponding picture will appear on the screen of the device, that is, the image that captured the screenshot. You can find the photo in the gallery of the phone menu.

How to take a screenshot on lg using software?

All LG phone models are equipped with the most necessary software, among these software, there is also software for screenshots. QuickMemo, this is the name of the application that allows you to take a screenshot of the smartphone. Before you begin to take a screenshot of your LG, activate the application, in order to do this, open the drop-down menu of the device and select the window with QuickMemo. Now to create a “screen”, just swipe your finger across the touch screen, after which the application will offer to use additional functionality.

It is noteworthy that QuickMemo also allows you to work with the picture, for example, to highlight something with a colored marker, add an effect, an arrow pointer and other useful functions that expand its capabilities. Add captions to the photo, date and choose a folder for storing the resulting images yourself.