How To Take A Screenshot On Huawei And Honor 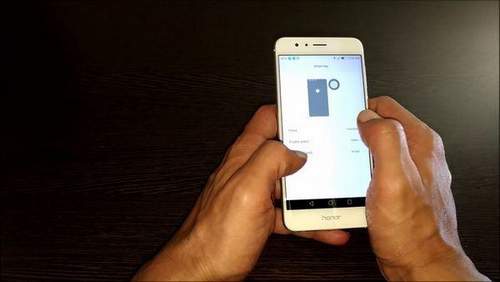 If at that moment on the screen of your mobile device is what you need to capture, then simultaneously hold down the power button and volume down key for about 2 seconds, after which a beep will sound and a notification about saving the image will appear. The saved screenshot can be viewed by going to the gallery.

Read more:  How to Take a Screenshot on a Samsung Smartphone

Also, with the screenshot just taken, you can perform some actions:

As a good example, you can see how to take a screenshot on Honor10 in the below:

Create a screenshot using the icon in the notification curtain

Also, you can quickly take a screenshot by going to the notification curtain by swiping your finger from the top of the screen. Among the icons for quick launch of various functions there is also a button “Screenshot”. Just click on it and get what you want.

The more expensive Huawei and Honor models have the ability to perform various actions with your knuckles. Among these, there is also a Smart Screenshot feature. To activate, go to Settings. Control. Motion and find the item there. After activating it, you can quickly take a screenshot on Honor and Huawei simply by making a double tap on the screen with your knuckle. It is also possible to select a separate area of ​​the screen by drawing a vicious circle or square with the knuckle of your own finger. The selected area can be edited by increasing its size and shape.

Read more:  How to Enable Usb On Phone

Screenshot by swiping the screen with three fingers

In some not expensive models there is the possibility of creating a screenshot using a swipe on the screen simultaneously with three fingers. Just swipe three fingers from top to bottom on the running screen.