How To Take A Screenshot On Android On A Smartphone And On A Tablet Lg, Samsung, Lenovo 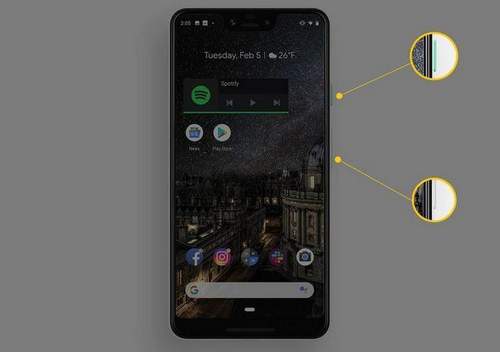 Computer owners are well aware of how sometimes it helps to take screenshots and save them in a graphic file, the so-called screenshot. But with mobile devices, everything is a little more complicated. So, very often not a single instruction covers how to take a screenshot of the screen on the Android tablet. The same can also be said for smartphones. As a result, such a simple task often turns into a real problem. In some cases, it can be solved quite quickly, having figured out the button combinations programmed in the system. However, it is worth noting that sometimes the manufacturer of gadgets for some reason “forgets” about such a useful function, as a result of which you have to seriously figure out how to take a screenshot on Android using third-party software and the Android SDK. That’s how lucky.

Although the Android system for some reasons cannot be considered ideal, the developers nevertheless made a lot of efforts to make it as convenient as possible for the end user. The need to somehow implement a function for creating screenshots did not escape their attention. over, so that everything works immediately, so to speak “out of the box”. Those who have used systems with versions 3.2 and less know how to take a screenshot on Android. just press and hold the call button for Recent Programs for a few seconds. This is a two-square pictogram. But starting with the fourth version of the operating system (Ice Cream Sandwich) and above, a special combination is used to save the screen image to a file. Let’s see how to take a screenshot on Android using it.

First of all, you need to choose the moment that you want to save. And this is not necessarily a “desktop”. A screenshot can be taken even from a stream or a working 3D application. After that, it remains to press simultaneously two hardware buttons. the volume rocker down and on. If everything is done correctly, a screenshot image will appear briefly on the screen. Depending on the firmware used, a reminder about the picture taken may be displayed in the curtain information line, which allows you to immediately view it, as well as save or delete it. CyanogenMod builds use the same mechanism.

However, some models of tablets and smartphones use different combinations. This is not a whim of developers, but in fact a step towards users. Suppose that the owner of the smartphone knows how to take a screenshot on the “Android”. LG, however, decided to add another way to some of its gadgets. We are talking, in particular, about models of smartphones G2-G4, in which part of the hardware keys are located on the back of the device. Because of this, a certain sleight of hand is required in order to be able to use the usual method. Therefore, many owners of LG gadgets know how to take a screenshot on Android using the QuickMemo application. It is enough to press the on-screen button “Home” and make a swipe to this program on the selection ring (right side). It is allowed to impose your own drawing on the screenshot taken and save it in the gallery. The disadvantage of QuickMemo is that this method is slower than the classic one, and also does not save images of curtains and virtual buttons.

Read more:  How to spot a fake Samsung s10

How to take a screenshot on Android on any device

Now an increasing number of gadget owners are getting root access on their devices. This allows you to unleash the full software potential, in particular, activate screenshots. To do this, install Xposed and install the GravityBox module. After rebooting, go to the application and proceed to the “Power Settings”. There is an item “Screenshot in the menu”. If you tick the checkbox, then when you press the power button in the list of possible actions, the desired opportunity appears. For convenience, the method loses to the standard, but gives a 100% positive result.

Sometimes it’s not enough just to know how to take a screenshot, because you still need to find the snapshot file itself. Depending on the method / firmware / developer and model, the storage location varies. So, most often the file is written to the DCIM folder along with other photos.

Read more:  How to take a screenshot on Samsung Galaxy a30

In some firmware, gadget developers for some reason remove the software module that allows you to create screenshots. Because of this, the standard method does not work. For example, a user can know very well how to take a screenshot of the screen on Android. Lenovo 328, however, is an exception to the rule in respect of which this knowledge is useless. For the full function of the function to save pictures from the screen, you need to install a third-party program. There are a lot of them. Note that most of them require root rights. For example, ScreenShot UX is an excellent solution. After installation and launch, a button for taking a picture appears in the corner. In the settings, you can specify the time between pressing and saving. In addition, an interesting idea is to activate the program by simply shaking the gadget.