How To Restart Iphone From Any State 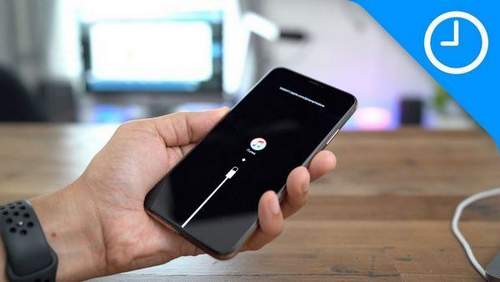 At least once, but every owner of an iPhone or any other iOS device has encountered software malfunctions when the device stops responding to touching the screen and pressing mechanical control buttons (Home and Power). What to do if iPhone freezes and refuses to obey elementary commands? In today’s manual, we will introduce you, dear readers, with 3 ways how to restart iPhone from any state.

How to restart iPhone in normal mode?

Depending on the model, the forced reboot method will vary.

All iPhones released before iPhone 7

On the iPhones that were released after the iPhone 7, the Home button was made touch-sensitive. If the iOS operating system is frozen, then clicking on the sensor will not work out. For them, they made another way to emergency reboot:

The method allows you to force reboot iPhone or iPad when a software malfunction occurs. We recommend using this procedure in case of emergency, and if you can get by with the remaining 2 methods, use them. Leave this one as a last resort.

The third and last way to restart the iPhone is effective only during normal operation of the iOS device, when the touch screen responds to touch and the device performs the necessary operations, but power button is damaged or not working.

How to restart iPhone without a button?

To rule Apple mobile devices and iPhone in particular, can and without mechanical control buttons. The creators took into account, albeit a high, but still limited resource of mechanical controls in case the touch screen of your iPhone survived the control buttons, the operations for which the “mechanics” were responsible could be performed using gestures.

In order to activate full control of the iPhone by touch, you must enable the “Assist touch“. This function allows flexible control of the device using gestures and completely replaces the mechanical control buttons.

In the framework of this instruction, we will get acquainted with the method of turning off the iOS device without using the “Power” button using the Assistive Touch function.

Read more:  How to turn off iPhone 7 plus

instruction “How to restart iPhone without a button”. A few words in conclusion

The methods described above allow you to completely turn off or restart the iPhone or iPad from any state, in normal mode, if the iPhone freezes or the power button is faulty. The latter method using the Assistive Touch function allows you to configure the control of the iOS device using gestures as flexibly as possible, with one “BUT”, the touch panel must be functional and the device should function in normal mode, the Assistive Touch does not work on the “stuck” iPhone.

If you, dear users, have any questions or difficulties in managing or adjusting the touch control of your iPhone or iPad, please contact us in the comments and we will try to help you as quickly as possible. Do you use the Assistive Touch feature And How?