How To Remove The Keyboard From An Acer Extensa 5620 Laptop, For Replacement, Cleaning, Etc. 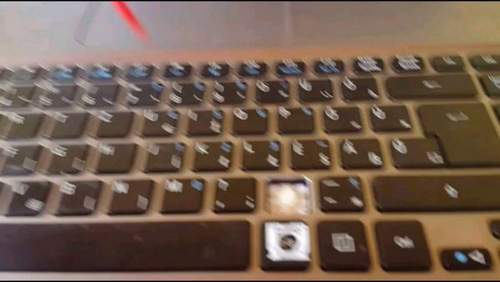 An article on how to remove the keyboard from an Acer Extensa 5620 laptop, and why it is needed. you know better 🙂

To get started, the photo of the Acer Extensa 5620 laptop 🙂

That is, put the number one latch in the upper position, thereby unlocking the number 2 latch, after which you can remove the battery.

We reverse the Acer Extensa 5620 laptop, open it to the maximum so that the lid of the laptop is parallel to the table. Now you need to remove the socket, which is located above the keyboard and on which there is a button to turn on the laptop and 3 indicators.

Read more:  How to Connect USB to TV

The socket rests on the latches, so you need to remove it carefully so as not to say these latches.

And so you need to start from the edge, I personally picked up the socket on the left with a screwdriver and the first latch unhooked easily.

Then you can not use a screwdriver, but carefully disconnect the socket with your hands.

After you remove the socket, you do not need to sharply remove it to the side, because it is connected to the motherboard by a cable, it will also need to be disconnected. Although in principle it is possible not to disconnect it, it will not interfere, but I will write how to disconnect it.

The loop is fixed so you need to disconnect it “relax” connecting the cable to the contacts, just pulling out the lock, you can use a screwdriver for these purposes.

Further we see that the keyboard is bolted in two places with bolts that need to be unscrewed.

Read more:  How to remove the SIM card from a Samsung. Replacement and activation of a new card

Unscrew, now carefully “pull out” the keyboard, notice that there are also latches on the keyboard on the sides that do not immediately lift the keyboard up, even after you unscrew the bolts. We pulled out, we turn over the keyboard and we see a loop which connects the keyboard to the motherboard.

The cable for the Acer Extensa 5620 laptop needs to be disconnected, it is very easy to do. There is also a latch that can be relaxed with a screwdriver, well, or nails, to whom it is more convenient 🙂

In the photo below, the loop is fixed on the left, the lock on the right is already relaxed.

With the position of the latch, which is shown in the photo above on the right, the cable is easily pulled out of the socket.

Well, that’s basically it, if everything is done correctly, it will take about 5-10 minutes 🙂 Most of the trouble will probably be with the socket.