How to Reboot Iphone If It Hangs

IOS devices rarely freeze so seriously that they will need a reboot. However, sometimes this still happens, because no one is safe from errors, including Apple developers.

When such a hang occurs, many users do not know how to solve this problem. Indeed, on the iPhone case there are no buttons for rebooting the device, and a long press on the power button does not give anything.

If you also encountered a similar situation, then we suggest that you familiarize yourself with this article. Here we will consider several methods that can be used to restart a frozen iPhone. This article will be useful for all iPhone models, including iPhone 4, 4s, 5, 5s, 5c, 6, 6s, 7, 8, as well as iPhone X.

If your iPhone began to freeze, but while reacting to your actions, it is best to perform a safe reboot by turning off and then turning on the device. To do this, press the power button, which is located on the top or side of the smartphone, and hold it until the power button appears on the screen. 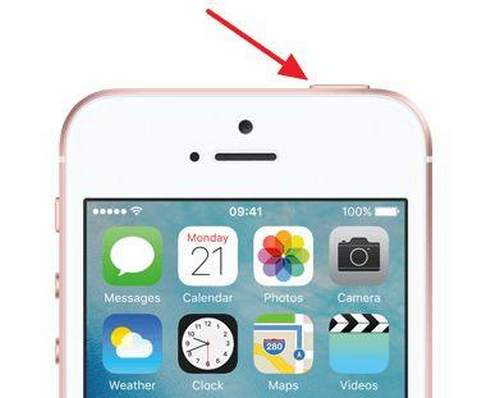 After that, you just need to move the power button from left to right and the iPhone will turn off.

After turning off the iPhone, wait a few seconds and you can turn it on again. To do this, press the power button again and hold it for a couple of seconds. As a result, the Apple logo should appear on the screen, which means that the iPhone is loading and you need to wait a bit.

If the iPhone is seriously frozen and does not respond to your actions, then you won’t be able to restart it by turning it off / on. In such situations, you must use a forced reboot. For most iPhone models, the forced reboot procedure looks the same. To do this, simultaneously hold down the power and Home buttons, and then hold them until the screen goes blank.

Immediately after such a reboot, the Apple logo should appear on the iPhone screen and after a few seconds it should boot. If the download does not start automatically, then you can try to do it manually by briefly pressing the power button.

Reboot iPhone 7 and iPhone 7 Plus

One of the innovations in the iPhone 7 and iPhone 7 Plus has been the rejection of the hardware Home button; instead, these models use a touch button that simulates the feeling of being pressed using the Taptic Engine. In this regard, Apple has changed the way to force a restart of these models.

If you need to restart iPhone 7 or iPhone 7 Plus then follow these steps:

After this procedure, your iPhone 7 should boot normally.

With the release of the iPhone X, which has no Home button at all, the forced reboot procedure has changed again. In order to force restart the iPhone 8, iPhone 8 Plus or iPhone X, you need to follow these steps:

Read more:  How to Delete Telegram Account on iPhone

After this procedure, your iPhone 8 or iPhone X should boot normally.

Other ways to restart your iPhone

In addition to the above, there are other ways to restart the iPhone, they can be used in difficult situations, when nothing else helps.