How to open the phone if you forgot the pattern key 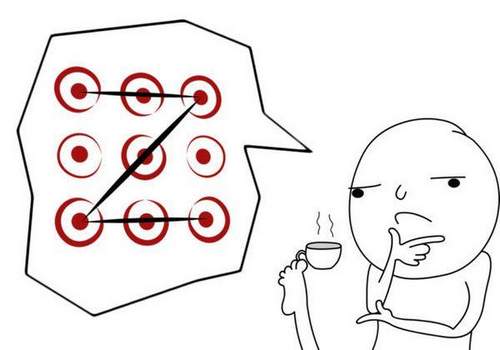 Reading this article with a 99% probability is the owner of an Android device. With the same probability, you once, with concern for the safety of personal information, set it to lock using a graphic key. And then the day came when your memory failed and it is no longer possible to remember or unravel the treasured combination of points held to unlock. It is not difficult to imagine the emotions of a person unsuccessfully moving a finger across the glass of the screen for the 24th time and sorting through various options for combinations. And you think what to do if you forgot the graphic key, guessing it does not work, and how to remove it.

Not only forgetfulness is to blame

It is possible that you are a parent or a lucky person who has a younger brother or sister or nephews among relatives. As soon as you lose vigilance on your device, and the child “occupied” him, trying to play toys, see a photo or do something else. As far as we know, several dozens of times an incorrectly entered key that removes the graphic lock sends to the Google login and password input field. The problem arises when there is no Internet nearby to “log in”: without it, unlocking is simply impossible to remove or pick up, and you will be left without a connection until the first connection. This situation is especially relevant in the country or in the village. where sometimes the network catches poorly.

So, this one is within our power. If you cannot guess the forgotten key, you will have to think further. Ways to remove or pick up a lock, if the user has forgotten the graphic key, differ in the time spent on the process and the method.

By time, they are divided into the following options:

Some of the ways to throw off or pick up a lock require root-rights, and it is also fraught with a “reset” of the guarantee, loss of personal data, or “death” of the phone. Are you sure you will succeed? If so, then below you will read all the known ways to bypass the lock. Get ready to find out how to unlock your pattern if you still couldn’t guess it.

So, if the phone has blocked your entrance, there are ways to easily break or unlock the lock using this method. A couple of taps. and you can use the device further.

The phone, as can be seen in the photo presented, blocked the entrance and prompts users to enter a username and password to access their Google account if they misplaced too many fingers on the dots. After entering the data correctly, the lock is released.

Advantages: the simplest and least risky of all methods in general.

Disadvantages: the method will not help if there is no Internet or if you forgot your Google password, then you won’t be able to solve the lock. Please note that connecting via Wi-Fi that requires a password or data transfer will fail. You will have to connect the modem via a USB adapter or join a point already known to the device.

The bottom line is to return the default settings (there is no phone protection in the factory settings) and discard the existing ones. At the same time, you risk losing important information: contacts, notes and installed applications. If you follow the instructions depending on the brand, then it is not difficult to remove the lock. At the same time, turn off the smartphone, and leave the battery charge at least up to 60%.

Next you need to get into a special menu (system) by pressing the combination of buttons held simultaneously at the same time with the phone brand. After you got there, select factory reset (clear storage). You may additionally need to choose Delete all user data and reboot system now.

Hold the “volume down power” buttons until the system menu appears.

Navigation with the volume buttons, and the choice. power.

Read more:  Is It Possible To Swim With The Apple Watch In Water

Phones of a year of release until 2012: to hold “Home volume up power”.

Hold the “volume up power” buttons.

Navigation of the menu with the volume buttons, the selection of items by pressing the power.

On Huawei phones, you need to remove the battery and insert it back.

Hold the “Home Volume Up Power” buttons.
Navigation of the menu with the volume buttons, the choice of items is carried out by power.

Navigation with the “volume down” button, selection. “up”

Thus, the question of how to remove the graphic key through the reset of the settings on the android becomes clearer. In fact, there are many brands and models, and each phone has its own combination.

Advantages: indispensable if you do not remember either the key or password from Google, and the computer is far away.

100% working ways to unlock the key through the phone on this end.

The computer method, in addition to the high probability of circumventing the phone’s lock, has an equally “kill” option. Strictly following the instructions will help to avoid this.

There are more ways to unlock the android:

Each phone comes with a specialized program for its maintenance on a PC. Sonya, for example, is a Sony PC Companion.

Advantages: easy to use.

disadvantages: sometimes there is no program included. Her search on the Internet is sometimes delayed.

This method will help restore factory settings, but not directly through the phone, but using a computer:

Advantages: Adb Run is easier to find than custom software.
disadvantages: Unlocking in this way takes a relatively long time; the program language is English, and the appearance is unusual for the average user.

Read more:  How to Find Out the Balance of Another Phone

Cheap and cheerful. With a special program and official firmware, follow the instructions to flash the mobile phone. Recommend to use the Adb Run program.

disadvantages: A considerable risk of turning the device into a “brick” if its owner did something wrong. In addition, flashing takes a lot of time, and the guarantee remains to say “Goodbye”. Follow this method only as a last resort.

This method would be included in the telephone method list if it were not necessary to do something through the PC. Namely, to load the application installer into the memory on the phone.

Advantages: important information will not be lost.
disadvantages: need root privileges; the procedure will have to be repeated every time.

As you can see, removing the graphic key is not difficult. But the situations are different. The more urgent it is or the more important the availability of recorded information, the more difficult it is to do without “victims”. The most important advice is to learn the password or write it down on a piece of paper so that when you enter it, the phone will not block you. Thus, in the case of a forgotten key on the android, you will only have to use the first method described here. Success in unlocking!