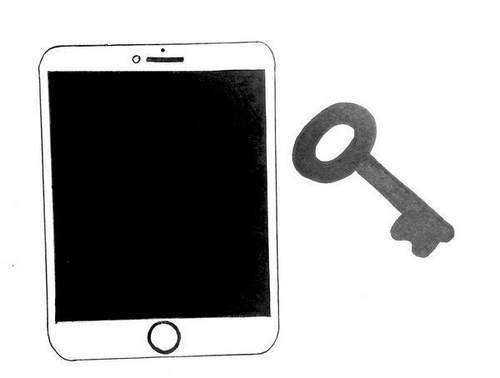 One of the successful ways to share a photo found on the network, an electronic message or the original way of transferring what you have on the screen is a screenshot. Therefore, today this method of storing and sending information has become extremely popular. Indeed, for this it is enough just to press the necessary combination of certain buttons. Not only personal computers, but also laptops, some smartphones and tablets, for example, Apple, have the function of taking information from the screen as a screenshot. Although many users of the products of this company are not even aware of this. So, let’s find out how to take a screenshot on the iPad.

Not all Apple device users know how to take a screenshot.

It has long been known that the products manufactured by Apple differ from other electronic equipment of a similar purpose both structurally and with some of their functions. Many of those who are personally not familiar with its products, believe that it is very difficult and inaccessible to use, but this is far from the case. Some operations at Apple are much easier to do than on devices from other manufacturers. One of them is taking a screenshot from the iPad screen.

Saving the screen as a screenshot can be very useful in many cases. For example, it’s much faster to take a snapshot of a website page with the information you need using the display snapshot option, how to select and paste text into the Notes application. It happens that users, in order to remember the final figure, create a screenshot with calculator calculations. When planning a trip to fishing or hunting, moving around an unfamiliar city, take a screenshot from the Maps application and you will never get lost in an unfamiliar area.

How to create a screenshot on iPad?

To capture the contents of the screen of your tablet, you must:

As you can see, everything is not so complicated. The gadget saves screenshots taken on iPad in PNG format in automatic mode. The properties of the resulting image will be the same as those of other photographs or drawings, that is, it can be edited as usual. The volume and size of images can be in the range from 150 Kb to 1 Mb.

on how to take a screenshot on iPad:

By the way, to take a screenshot on the iPad, it is not necessary to press the Home and Power buttons at the same time. It is perfectly acceptable to first press the Home button and while holding it, tap the power button sharply.

How to edit a screenshot in iPad?

Saved screenshots before sending or publishing can be slightly edited. For example, you need to crop the frame in order to remove unnecessary details from it. This can be done without leaving the photo album:

Do not forget that the photo is not edited forever. If you wish, you can restore the original at any time. If the cropped part of the image contains any secret information, then it is better to use programs other than the standard for editing. For additional image editing, for example, to emphasize something, circle or apply additional filters, the best choice would be to use specialized applications, which are available in large quantities for downloading in the App Store.

With a screenshot, you can perform the same actions as with a regular photo

Immediately after you take a screenshot on the iPad, you can send it to someone on the E-mail or share it, for example, on Twitter or Facebook. You can do this directly without leaving the album. If you have registration in the iCloud service, then all the pictures will be automatically synchronized with all devices running on iOS. To synchronize images with a personal computer, you can use iTunes, after connecting the iPad using a USB cable.

By the way, the iPad screen itself is one of the strengths of this gadget. That is why the fact that every time we pick it up we see on it deserves a picture!