How to Install Windows 7 Instead of Windows 10 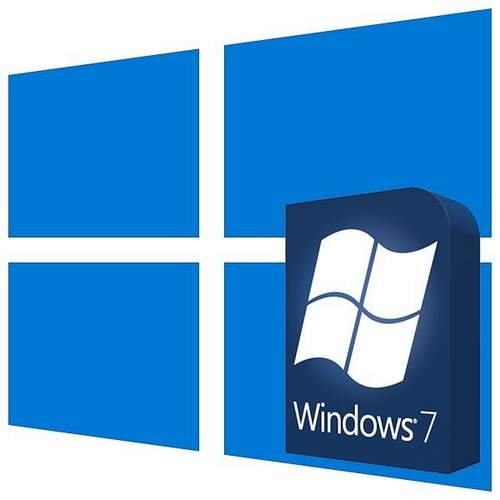 Despite the fact that Microsoft has already released two new operating systems, many users remain adherents of the good old “seven” and strive to use it on all their computers. If there are few installation problems with self-assembled desktop PCs, then on laptops with a pre-installed “ten” you will have to face some difficulties. In this article we will talk about how to change the OS from Windows 10 to Windows 7.

Installing Windows 7 instead of the “tens”

The main problem when installing the “seven” on a computer running Windows 10 is the incompatibility of the firmware. The fact is that Win 7 does not provide UEFI support, and, as a result, GPT-type disk structures. It is these technologies that are used in devices with pre-installed systems of the tenth family, depriving us of the ability to install older OSs. over, even downloading from such installation media is not possible. Next, we will give instructions on how to circumvent these restrictions.

Read more:  How To Connect Speakers To A Windows 7 Computer

In essence, UEFI is the same BIOS, but with new features that include Secure Boot or Secure Boot. It does not allow in normal mode to boot from the installation disk with the “seven”. To get started, this option must be turned off in the firmware settings.

Writing bootable media with Windows 7 is quite simple, since there are a lot of tools that make the task easier. These are UltraISO, Download Tool and other similar programs.

In the process of installation, we will inevitably encounter another obstacle. the incompatibility of the “seven” and GPT-drives. This problem is solved in several ways. The fastest is to convert to MBR directly in the Windows installer using “Command line” and console disk utility. There are other options, for example, pre-creating bootable media with UEFI support or banal deletion of all partitions on the disk.

After all the necessary conditions are met, it remains only to install Windows 7 in the usual way and use the familiar, albeit already outdated, operating system.

By default, Windows 7 distributions do not have drivers for USB ports version 3.0 and, possibly, for other devices, so after the system is started, they will need to be downloaded and installed from the profile resources, the manufacturer’s website (if it is a laptop) or use special software. The same applies to the software for the new hardware, for example, chipsets.

We figured out how to install the “seven” instead of Windows 10. In order to avoid possible problems after the process is completed as network adapters or ports are inoperative, it’s best to always have a flash drive with the latest driver package, for example, Snappy Driver Installer. Please note that it is the offline SDI Full image that is needed, as it can be impossible to connect to the Internet.