How To Free Memory On Android 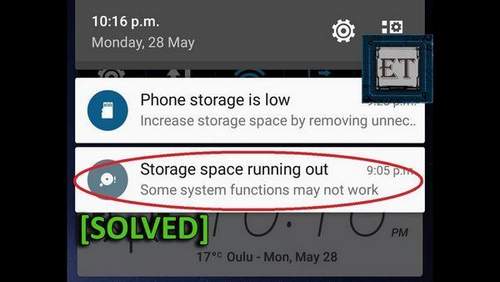 Many budget smartphones have very little internal memory. On such devices, there may be 8, 4 or even 2 GB of internal memory. over, that part of this memory is occupied by the system files of the Android operating system.

Naturally, in a similar situation, problems with free space cannot but arise. The device’s memory is quickly clogged and the user can no longer install new applications. If you encounter such a problem, then this article should help you. Now you will learn how to free memory on Android.

Read more:  How to clean an Android Huawei phone

It should be noted that transfer to a memory card is not always possible. If the application cannot be transferred, then in its properties you will not find the “Transfer to memory card” button.

Tip number 3. Inspect the folders in which the downloaded files are stored.

Use the file manager to examine the contents of folders in which applications and the operating system store downloaded files. First of all, you need to check the download and bluetooth folders. Typically, a large number of files that are no longer relevant are accumulated in these folders. Deleting these files will allow you to quickly free up some of the occupied memory on your Android device.

As a rule, users do not think about where they store their files. Very often, captured photos ands, as well as other user files are stored in the internal memory of the device. Open the device’s internal memory and check folders such as DCIM, media, Music, Movies,, and Sounds. You also need to check the folders created by other applications for the presence of media files in them. All found files must be transferred to the memory card. So you free up some more memory on Android.

Important Note: Do not touch files whose purpose you do not understand. Transfer only those files that were created / downloaded by you personally. If you transfer everything indiscriminately, this will lead to incorrect operation of installed applications and the Android operating system.

One more note: In order not to carry out the procedure of freeing memory too often, you need to configure the applications you use. To do this, go to the application settings and change the file storage location from the internal memory to the memory card. For example, you can change the location for storing photos in the camera settings.

As in the Windows operating system, Android accumulates a variety of junk files that are not needed for work. It is best to remove such garbage using special applications. For example, you can use the Clean Master application. This application deletes unused cache, residual files and obsolete APKs.