How to Distinguish the Global Version of Xiaomi

Xiaomi smartphones, which are produced for the domestic market, install special firmware that does not support the Russian language. This is not a problem, since the phone can always be flashed to the desired firmware. But, using a Chinese phone in the CIS countries most likely will not work due to the lack of support for the necessary communication standards. And this is not all the differences between the global and Chinese versions. Therefore, let’s figure out how to distinguish the global version of the Xiaomi phone from the Chinese one.

What does the global version of Xiaomi phone mean?

The global version of the phone is also produced in China, but is calculated for use in European countries. A power supply unit with a European plug is already supplied with the smartphone, as well as instructions in English. The device can immediately work without the need to install third-party firmware and add patches of the Russian language. The necessary Google services are already built into the shell and applications designed exclusively for China and India are removed.

As for the version of Global ROM, this is a regular Chinese smartphone, flashed to the global firmware by the seller himself. Although it will work in the CIS countries, but due to the unlocked bootloader, it will not be possible to fully use the capabilities of NFC. It is important to understand these differences and not fall for the tricks of unscrupulous sellers.

There are not so many differences between the Chinese version of Xiaomi and the global one as it seems. When you inspect the packaging of a smartphone or other device, note that it has a special sticker located on the side of the box. 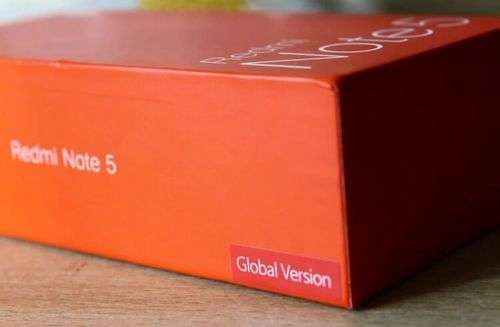 By the way, in the latest versions of smartphones, they began to refuse such a designation, so you should pay attention to the back of the package. On the box with the global version of the phone, the information will be indicated exclusively in English. The same applies to the Mi Band fitness bracelet, smart vacuum cleaner and other devices.

But, the easiest way to understand which version of the smartphone you are using is by looking at its back cover. According to EU standards, the country of manufacture of the telephone should be written there, as well as the “CE” icon and a crossed out ballot box. In the Chinese version, there will be nothing similar, except for the name of the manufacturer.

Read more:  What Is The Latest Version Of iOS For iPhone Se

Also, the difference lies in the availability of the MEID in the Chinese version. As you know, in Europe, IMEI is used instead, so you can determine the origin of the phone through the settings. Let’s open them, and then follow the recommendations of the instruction:

Also, the difference lies in the configuration of the device, namely in the charger unit. In the global version, it comes with a European plug, and in the Chinese comes with an adapter, which sellers themselves often report. You can also pay attention to the instructions for use of the smartphone. If the phone is intended for the Chinese market, then the user manual will be in Chinese.

The possible differences end there, except for the fact that in the CN version of the phone, by default, Chinese firmware is installed and Google services are missing.

What is better global version of Xiaomi or Chinese

Each person independently decides which version of the Xiaomi device he needs to purchase: Chinese or global. But if we are talking about phones, and you live in the territory of the CIS countries, then it is better to stop at the Global Version. Yes, it will cost a little more, but it will definitely contain the necessary communication frequencies, a locked bootloader, Google services and global firmware.

But where you do not need to pay attention to the version is when buying a Mi Band fitness bracelet, vacuum cleaner or headphones. After pairing with a smartphone and installing the appropriate application, the device will automatically change the language to the desired one. There will be no differences in the process of work, and you will be able to save a few dollars.

Thus, the main differences between the global and Chinese versions of Xiaomi are in the packaging, charger unit and instructions. And in the case of the phone, firmware is added, supported communication frequencies and symbols on the back cover of the device.

So buying 2018 Xiaomi smartphone, designed for the Chinese market, with proprietary firmware MIUI 9.5 / 10 based on Android 8/9 and later, a citizen of another country runs the risk of getting a “brick” when trying to update or reinstall the operating system. At many thematic forums, including Russian-language ones, there are already a lot of complaints from users whose gadgets fell asleep forever after trying to install a global version on them or any custom firmware.

In the same time, smartphones that were purchased before 2018 and have an old version of Android, Xiaomi initiative does not concern.

Read more:  How to add a shortcut to the Xiaomi desktop

As many already know, there are two versions of Xiaomi smartphones:
Chinese Xiaomi. It is cheaper, the firmware contains a number of services relevant for the Asian market, support exclusively for Chinese and English, the absence of the Google Play Market and other applications / functions that do not comply with Chinese law;
Global Version Xiaomi. Supports many languages, receives updates less often than the Chinese version, costs more, there are all the functions and services of Google.
We already wrote about the differences between the Chinese and glabal versions in this article.

How to distinguish Chinese Xiaomi from the global version (Global Version)

For the sake of fidelity, it will also not be superfluous to compare the IMEI of the device with what is indicated on the package (you can find out by entering the code # 06 # in the dialing number) if the box was opened.
In addition, you can check the MIUI firmware version, which should look something like the following. V10.0.1.0.OEIMIFh where MI or Gl (in previous versions of MiUI) will mean the Global Version, in the case of the Chinese version in the article will be present “CN“. It is worth paying attention to the number of digits. If there are more than four, then you will most likely have a“ scorched “Vietnamese spill craft. The easiest way to check the originality of the firmware assembly is on the firmware website en.Miui.com.
And finally, the third way. You should go to the page https://www.Mi.com/en/verify/#/en/tab/imei of the Xiaomi website, enter the serial number or IMEI of the smartphone and get accurate information about its origin.

Please note that some online marketers describe gadgets as Global rom. These are Chinese smartphones with international firmware, not Global version we have already written about this in more detail here.

Another simple identifier is the presence of a charging unit with a European plug, if you have an option with an adapter, then you own the Chinese version. For 99% of cases, to determine the version of a smartphone, it will be enough to look at the inscriptions on the package and the factory sticker (they must be in English), the presence of the euro plug and to be 100% sure, check the name and article of the firmware (“Settings”. “About the phone”)

Products manufactured by Xiaomi for the domestic market are different from the export version. Let’s see how to distinguish the global version from the Chinese one and what firmware versions exist.

Read more:  What apps can be uninstalled on Xiaomi

Types of firmware on Xiaomi

There are only 2 types of firmware:

Global firmware has been translated into many languages ​​and is intended for the European market. Of course, it supports the Russian language and has a full translation of all menu items. Its name contains the words “Global” or “Global” and the letters MI. Example: “MIUI Global 9.2 Stable 9.2.2.0 (MALMIEK). “

This version is exclusively for the domestic market of China. As mentioned above, it only supports Chinese and English. There are many services that do not work in other countries. The title contains letters CN. Example: “MIUI 8.2 | Stable 8.2.6.0 (MADCNDL). “

In turn, these firmware are divided into 3 types:

Let’s consider them in more detail.

Developer translates as a developer. This firmware includes all the innovations and functions that are not available to most ordinary users. It is needed just to test all these innovations, so it often has many flaws and bugs. Updated every week. Its name is formed by the release date, for example: “MIUI9 7.10.8“- released in 2017 on 10 months (October) on the 8th.

Stable version. Almost all functions have already been tested and work fine here. These are the firmware installed on smartphones for sale. They do not have a clear update schedule. The name contains the word Stable or Stable.

Basically, these are custom builds from third-party developers. They are not official, but this does not mean low quality. Some of them are very worthy and work without errors. As a rule, they are released for markets where there is no support for the global version. You can distinguish by device boot: most often the logo of the team that worked on the firmware appears.

Ported ROM can also include copyright firmware made by one person. They must be treated with extreme caution.

How to see the firmware version

To do this, go to Settings About phone MIUI Version