How to Connect Midi Keyboard to Computer

To connect the synthesizer to a computer, you need: 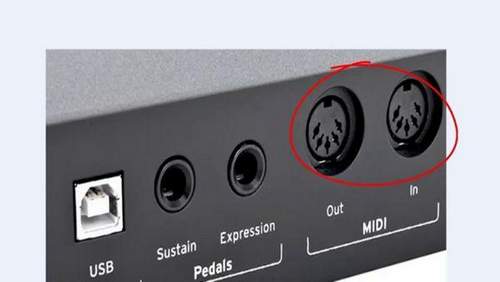 What is a synthesizer?

Here, a synthesizer is understood to mean a sound generation device (tone generator) and a musical keyboard (similar to a piano keyboard) made in the form of a single device.

Physical connection of synthesizer and computer

The choice of the method of physical connection of the synthesizer to the computer depends on what connectors they are equipped with:

USB connection is the most modern and convenient way to connect a synthesizer (or MIDI keyboard) to a computer. Carried out by standard USB cable type AMBM (In the same way modern printers, scanners and other USB devices are connected to the computer).

This connection is universal: the USB connector is on the vast majority of computers. In addition, unlike synthesizers, MIDI keyboards usually have enough power supplied directly via USB, so a separate power adapter is not required.

With a USB connection, the exchange of MIDI information between the synthesizer and the computer occurs through virtual MIDI port. The functioning of this port is provided by special software driver. Such a driver is usually supplied with a synthesizer (or MIDI keyboard) or is available on the website of its manufacturer. Some modern synthesizers and MIDI keyboards automatically They are recognized by the system as MIDI devices and do not need a separate driver.

Important When connecting a USB synthesizer, be sure to connect before running the sequencer program. Otherwise, the virtual MIDI port to which the synthesizer is connected will most likely not be visible in the sequencer, and the synthesizer cannot be used. The reason is that, unlike a regular MIDI connection, with a USB connection, the virtual MIDI port is stationary in the system not present, but usually only appears after physically connecting a synthesizer (or MIDI keyboard) to a computer.

Read more:  How to Connect a Computer to the Internet Wirelessly

Many synthesizers and MIDI keyboards that support USB MIDI transfer are still equipped with a standard MIDI interface. This ensures maximum compatibility with a wide range of MIDI devices. At the same time, in amateur-class MIDI keyboards (in most cases purchased specifically for connecting to a computer), there is a tendency to completely abandon the traditional MIDI connection in favor of a more popular USB connection.

On Yamaha synthesizers and digital pianos, a USB connector for connecting to a computer is usually called USB To Host.

Important Presence of a USB port on the synthesizer does not guarantee the ability to use the synthesizer as a MIDI keyboard using this USB port: on some synthesizers, the USB port, despite its presence, not intended for use as a MIDI interface, but serves only for sharing files between the computer and the synthesizer. This is typical, for example, for Roland EXR-3/5/7 synthesizers (in similar models from the more recent EXR lines this drawback has been fixed).

MIDI is the classic and oldest way to connect a wide range professional sound equipment. Most synthesizers (supporting MIDI signal transmission) and MIDI keyboards are equipped with this interface.

The MIDI port on a computer can be of two types:

The use of round MIDI connectors is typical for professional sound cards, external MIDI interfaces, and stand-alone musical equipment. These connectors represent the classic MIDI interface on synthesizers and MIDI keyboards.

The design, in which the MIDI port on the computer is combined with the 15-pin game (Game-) port, is now outdated: most manufacturers have completely refused to install the Game-port on sound cards, because modern gaming devices (gamepads, steering wheels, etc.). ) only support USB.

Important When connected, it is necessary to the connector MIDI out synthesizer plug plug MIDI in MIDI cable.

With MIDI connection itself synthesizer in the system like a device nowhere not displayed. Only the MIDI port is displayed, to which you can connect both a synthesizer / MIDI keyboard and any other MIDI device. This MIDI port should be selected as the input MIDI port (source of MIDI messages) in a sequencer such as Cubase or Sonar. Some sequencer programs (such as Cubase) accept MIDI messages by default. from all MIDI input ports available in the system, and you don’t have to select a MIDI port manually.

No drivers for synthesizer as such (or a MIDI keyboard) when connected via a standard MIDI interface not required. The driver is necessary only for the device (sound card or external MIDI interface), to which the synthesizer is connected to the MIDI port.

Read more:  How to Connect Jbl Headphones to a Phone

At the computer program level, the MIDI port may be called differently depending on the specific device (sound card, MIDI interface) of which it is a part, and the drivers installed for that device: for example, for the SB Live! when using standard Windows XP SP2 drivers, it is called SB Live! MIDI UART.

Connecting a synthesizer with MIDI output to a computer with a USB port (for example, a laptop)

In this case, to connect it is enough to purchase external MIDI interface, roughly representing USB-MIDI adapter : on the one hand it connects to MIDI Out a synthesizer, and to a computer (such as a laptop) through USB port.

Important Do not confuse the connector. To host with a USB connector, which is present on modern synthesizer models (for example, DGX-220/520/620) and Yamaha digital pianos and is called in a similar way: USB To Host. it totally different and absolutely incompatible connectors

Interconnecting synthesizers without a MIDI interface

Read more:  How To Install Games On A Flash Drive

The problem can be solved by using intermediary computer. Such a computer can be either a desktop computer or a laptop, or, for example, a mobile device from the class of so-called netbooks.

And then the task of connecting synthesizers, one of which lacks a MIDI port, boils down to the following simple steps:

To connect a synthesizer to a computer, simply connecting them physically is not enough. To record, play and edit MIDI data, you need a special program, called sequencer.

Sequencer (from the English. sequencer) Is a computer program for multitrack recording and editing of MIDI data (received or recorded, for example, from a MIDI keyboard), which usually has developed tools to facilitate arranging, automate routine operations, and so on.

Some of the popular sequencer programs:

One of the most popular today are Steinberg Cubase and Cakewalk Sonar, which are full-fledged virtual sound studios (DAW) and allowing not only to work with MIDI, but also to carry out digital sound recording, effect processing, and so on.

Cockos Reaper and EnergyXT belong to the budget category and have a price of about 60. A full-featured demo version is available for Reaper, which works even after the end of the trial period.

By the way, there are also hardware sequencers. they are functionally similar to computer ones, but are made in the form of independent devices or are part of professional music workstations. In this article, the sequencer is considered as program for computer.

If you came to this page in search of a driver for the Yamaha DGX-520 or DGX-620 synthesizer in order to connect it to a computer via USB, then the driver can usually be found on cd, supplied with the synthesizer.