How To Clean The Memory Of An Android Phone 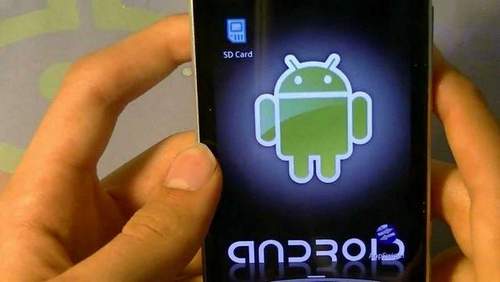 Some time after the first power-up, too much information accumulates on the phone and there is simply no free space left for new files. Especially often, owners of budget devices on Android are faced with this problem. But not everything is so simple, all phones have several types of memory, and first you need to figure out what each of them is responsible for, and only then clean the gadget from unnecessary files and irrelevant information. What are the ways to clean or increase storage volume?

Types of memory on Android devices

Each of the memory departments has its own tasks and characteristics, which we will now understand:

If the internal and external memory is completely full, then you can no longer put anything on the device. It is also possible that the phone will begin to freeze, slow down and refuse to launch applications.

How to see statistics on smartphone or tablet memory utilization

First, check how much and what kind of memory we have left by doing the following:

How to clear device memory

Since everyone faces this problem sooner or later, there are several cleaning methods, each of which is used for a specific memory.

First of all, we’ll take advantage of what the developers of your smartphone came up with to clear internal and external memory by following these steps:

Go to the phone settings.

lesson: leave the right one, delete the excess. how to properly clean the memory in Android

This method involves transferring files and programs from the internal memory to the external one, since usually the phone’s internal memory is noticeably smaller than that which can be installed additionally using the SD card. You can transfer to external memory pictures,s, e-books and files that are not involved in maintaining the health of the phone. In general, transfer everything that does not apply to the operating system.

Open Explorer. This is an application that contains all the folders and files that are on the device.

You can also transfer part of the application to external memory by following these steps:

Do not forget that you can use a computer as an external drive. To transfer files from your phone to a PC, follow these steps:

Connect the phone to the computer via a USB cable.

Extend your gadget with cloud technology

In recent years, such an Internet industry as cloud technology has been actively developing, allowing you to upload via the Internet file to the “cloud”. It goes like this:

You open one of the programs designed for cloud storage. For example, the Yandex.Disk application, which can be downloaded on Google Play. https://play.google.com/store/apps/details?id=en.yandex.diskhl = ru.

We work with third-party programs

In the Play Market, you can easily find many free programs that help you clean the phone in a couple of clicks. Now we will consider the most popular and practical of them:

Probably one of the most famous applications, and not only in its category, as it has more than 5,000,000 installations. Clean Master offers a complete cleaning of the device from temporary files, cache, damaged and empty folders, browser history and other garbage. Also, its capabilities include automatic closing of unnecessary applications and a built-in antivirus. The application has a nice and convenient interface that allows you to clean the device with just two clicks of the “Analysis” and “Clear” buttons. Link to the installation from the Play Market.

Also deservedly located in the top Play Market program (https://play.google.com/store/apps/details?id=com.advancedprocessmanagerhl = ru), which has a very wide list of features:

This application is designed to organize all the files on the device. Total Commander allows you to pack and unzip folders with their contents in rar and zip formats. Also, its capabilities include editing and transferring the contents of the phone from place to place or to another device. Link to install from the Play Market.

How to increase internal memory on Android

If clearing the memory did not solve your problems, then it’s time to think about upgrading your device.

First, get an SD card. At the moment, their cost depends on the amount of memory. That is, an 8 GB card will cost twice as much a 4 GB card. Try to purchase a card with more memory than you need at the moment, as in the future you will be able to rearrange it to a new phone, and you won’t have to buy a new one.

Secondly, install the FolderMount application from the Play Market (https://play.google.com/store/apps/details?id=com.devasque.fmounthl = ru) and the 360root application, which will give your device root rights (you can download it from the official website of the developer http://360root.ru).

Read more:  How to Disable Google Assistant on Android Samsung

We launch the 360root application and click on the button in the middle of the screen. Done, superuser rights obtained.

Thirdly, we’ll figure out how to increase the device’s RAM. This can be done using special programs that create a page file. For example, Ram Manager.

How not to clog your phone and save system resources

To avoid problems with the free memory of the device in the future, you should follow simple rules:

The availability of the device directly depends on the free space. If the memory is clogged, then you can’t avoid freezes and lower phone performance. Remember that any computer device requires constant care and protection against viruses. Only if you are careful and accurate with your gadget, it will serve you for a long time and efficiently, constantly satisfying your needs.