How to Clean a Laptop From Hp Pavilion Dust

This article will discuss disassembling a 2275dx series laptop.
This is how it looks. 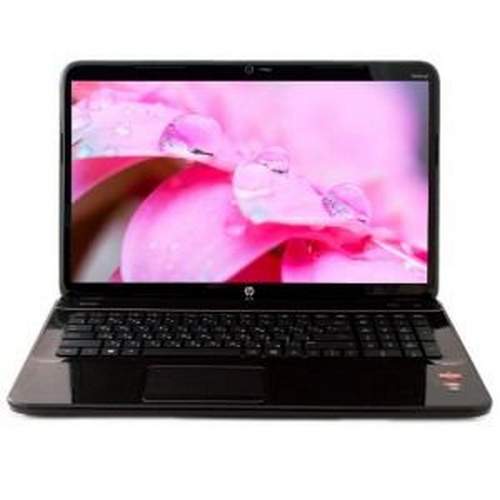 To do this, turn the laptop over. Moving the latch to the side, as shown in the photo, take out the battery.

The next step, removing the back cover of the laptop, under which there will be several many important elements.

Unscrew the screw that secures the back cover. Then, with a slight movement, we move the lid in the direction where the red arrow in the picture below points. Well, then, with a no less easy movement, remove the lid.

It was the turn of dismantling the laptop hard drive. We disconnect the wire going to the motherboard from the hard drive. Then, lifting the hard drive, pull it out of the laptop. Everything is shown in detail in the photographs.

It does not hurt to get rid of the RAM strips. This is done, like on any other laptop. The latches-latches are pushed back, the memory bar rises slightly upward. After that, the strip is removed from the slot in which it was installed.

We delete the Wi-Fi module of the laptop. We unscrew the screws that secure the module. We disconnect the wires of the antennas. We remove the module from the laptop. As you can see, everything is easy and simple.

Read more:  How To Take A Screenshot On Huawei And Honor

The next step in disassembling this laptop is to unscrew all the screws from the back of the case. In total, 16 screws have to be unscrewed.

Then, dismantle the laptop keyboard. Near the place where the RAM slats were not so long ago, there is a fixing screw. It must be unscrewed. This screw locks the keyboard. In the picture, I tried to clearly demonstrate this screw.

After that, we turn the laptop over and open it in its usual working position. At the top of the keyboard, if you look closely, you can see the keyboard locks. We push these latches, pry and lift the upper edge of the laptop keyboard. Turn the keyboard over as shown in the photographs. In this position, it will be more convenient for us to disconnect the keyboard cable from the motherboard.

After the loop is disabled, the keyboard can be safely removed to the side.

The next step in disassembling a laptop is removing the top of the laptop. Unscrew the screws that are marked in the picture below. Turn off the cables, which are also shown in the photos below.

Read more:  Where is the Camera on the Dell Xps L702x Laptop

Now, we separate both halves of the laptop case. Starting to pry the upper part from one edge, and ending with the next edge. In short, the effect should be such that the upper part of the body should rise. I attached detailed photos.

Under the raised top cover, we have to go through a few more important steps. In order for the upper part to be put aside, you need to disconnect the wire from the speakers. Look at the photo, there this process is shown in detail.

Unscrew the screw indicated in the picture. It mounts the motherboard in the laptop case.

Since we did not remove the DVD drive to remove the motherboard, it is enough to disconnect the cable that goes from the drive to the system board.

Next, disconnect the wire that comes from the laptop’s LCD.

In order to completely free, and then remove the laptop motherboard, you need to disable two more small cables. One, wider and has a white color. The second one is located directly under the first loop and has a dark color. In the photos below, everything is very clearly shown.

Now, in order to thoroughly clean the laptop cooling system, and even more so, where it is necessary to replace the old thermal grease with a new one, the cooling system must be removed. First disconnect the power cable to the cooling fan. Then, unscrew the four screws that hold the radiator in the cooling system.

Read more:  Deleted Files From Phone How to Recover