How To Bring The Application To The Android Desktop

A widget (icon) is a part of the program installed on a mobile device in the form of a small picture, and is placed on one of the Android OS desktops or, more simply, on the smartphone screen. Designed to display certain information and quick access to the application itself with one touch of a finger without the tedious and long search in the main menu. Widgets are one of the most unusual and useful advantages of the Android operating system, their use facilitates the user’s work with their device.

There are countless widgets, they come in different sizes, and many developers, when creating them, provide for the ability to independently choose what size of the desktop grid they will occupy. Due to the wide variability of the elements, the user himself decides which application is priority and, as a result, requires more space on the desktop. For example, full-screen widgets (often there are weather applications) contain information not only on the direct profile, but also a lot of auxiliary useful data. And for applications such as Google Reader, 1×1 size is enough to view the number of unread entries. The opportunity to place a large number of widgets on all desktops will delight us, the restriction is possible only due to the lack of space on the screens. Some elements are in addition to certain applications, and some do not carry any payload and perform only a beauty function (for example, emoticons).

How to install a widget on the smartphone desktop

Depending on the version of the Android OS, the installation of the widget is slightly different, but in any case this process is extremely easy and does not require any effort.

In older versions of the Android OS, the widget is installed as follows:

it is necessary to select an “empty” place on the screen, click on it and hold until the context menu appears, select “Widgets” from the proposed options (depending on the version of the mobile device under consideration, it is possible to use “Widgets and applications”).

The user will see a list of all possible widgets that are installed on the phone and size options, if this is provided by the program / application. You must select a graphic element and drag it to the desktop (or hold until the icon appears on the display).

In the event that the graphic element selected by the user is large and there is not enough space on the table, the system will notify the user about this. Then you should choose a smaller widget or install the one you need in free space.

When the smartphone model is equipped with a newer version of the operating system, the installation of graphic elements can be carried out by other methods.

1. If you press the “Menu” touch key of the smartphone, a list with actions appears, including the “Add” item, with its help you can control widgets on the device’s screens. We click on this item and go to the familiar menu, where we select the installation item for the graphic element.

2. Newer versions of the Android operating system are equipped with a separate tab for managing graphic elements. To call it, you need to go to the main application menu: click on the center of the bottom of the display and after a second a panel will appear with bookmarks, among which the “Applications” and “Widgets” we need will be displayed. We press the 2nd, we look through, we select necessary. You can move a graphic element from one desktop to another by ordinary dragging (click, wait for vibration and move left or right), change the appearance or size of the icon: for this, make a long press on the widget to display controls from one of the edges that suggest possible change options.

Read more:  How to enable Google Play on Android

How to remove a widget

Such a procedure deletes the program icon, the graphic element, and the program, as before, remains installed on the smartphone and accessible from the main menu of the device. And if you need to make a complete removal, then you should do this by the standard method provided by the operating system.

How to add an application shortcut to the desktop

Imagine the situation: you accidentally deleted the shortcut of the Weather system application from the desktop and now you don’t know how to return it. There are at least 3 ways.

You can find this application on Google Play. In order to display the “Weather” shortcut on the desktop:

If this method does not work, then move on to the second.

Download and install it from Google Play. Now follow the instructions in the pictures. For example, display the shortcut of the Gallery application on the desktop. 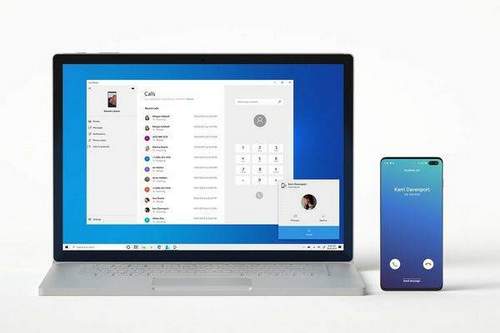 If the first two methods did not help (and this happens often), then use the Shortcuts application. To get started, download it from Google Play. After it is installed, go to:

Settings—Additionally-Specialist. capabilities. Here you need to find the Shortcuts item and enable it.

In the list that appears, see the item “HomePagaActivity”. We click on it (namely on it, and not on the arrow on the right). A window appears prompting you to create a shortcut. We give him any name (if you leave the standard one, then the method may not work) and click “OK”.

Go to the desktop and see the shortcut we created. It does not look very beautiful, but it works.

There is a small chance that this method will not work either. It is not known why, but on some firmware, permission to create shortcuts is not automatically set. Therefore, we will do it manually:

We go to the Security Application.Permissions—Other permissions

We find Shortcuts in the list and give it the opportunity to add shortcuts to the desktop by checking the corresponding box. And then, repeat the third method first.

Now you know how to display the shortcut of absolutely any installed application on the desktop in MIUI.

How to create a website shortcut on the desktop of an Android tablet.

What do you do when you want to go to one of your favorite web pages? Let’s guess! You launch the browser, go to bookmarks and follow the link. So? If so, then I have good news for you. all these actions can be done in one tap.

Read more:  How to Swap Memory on Android

On the Android tablet there are a large number of desktops that just need to be filled with at least something. I filled one of my desktops with links to my favorite sites. By the way, this is very convenient, because eliminates the mass of unnecessary movements.

Now, let’s directly proceed to creating shortcuts on the desktop of an Android tablet.

Here he is circled in a red circle. Everything is ready.

I hope my advice on creating a website shortcut on the tablet’s desktop helps you save valuable time and make working on your tablet more enjoyable.

Snapchat (snaps) What are Snapchat and snaps? Snapchat (snaps) is a relatively new application that is based on the short-term storage of snapshot photos. Many now call it the social network of the year. CISS. Continuous Ink Supply System What is CISS? Continuous Ink Supply System (CISS) is a special device designed for inkjet printers, which serves to automatically supply ink to the printer head.

How to change Android desktop

The Android operating system is very much like Windows. It also has folders, files and a desktop on Android. On it, the user can place shortcuts, create folders, add widgets and much more. Most of the manipulations are performed using standard operating system functions. Some additional features include installing third-party software.

Topic article: How to install a theme on Android

In most existing Android smartphones, the system allows you to add a new desktop. The user may need this in several cases:

Creating a new page will allow you to organize applications on your phone or tablet. For some users, this is much more convenient than “pulling” all programs and shortcuts into one folder.

There are several ways to create a desktop. It all depends on the phone model and manufacturer. The first method includes the following steps:

Now at the bottom of the desktop screen there will be several dots indicating the number of pages.

On some models you should make a “pinch” on the screen. This will open a list of available desktops. Further (as in the previous instruction), simply click on the table with the “” sign. Notice that there is an arrow icon at the top of the window. With it, you can determine which desktop on Android will be the main one. It is on him that the system will switch after each press of the center button.

On later versions of the Android operating system, to create an additional desktop, you must:

Read more:  How To Clean The Memory Of An Android Phone

Be careful, because on some models the number of pages you create may be limited. However, as practice shows, to place all the necessary programs, applications and numerous widgets, the user needs 5 pages of the desktop. A larger number complicates the use of a smartphone, while making the program search inconvenient.

Now let’s find out how to remove the desktop on your gadget. Removing programs and shortcuts frees up space on the screen. Using an entire desktop page for one shortcut is irrational, so it’s logical to move it to another place and delete the free page. You can remove the desktop in several ways, it all depends on the interface of your smartphone. Consider removing the desktop using the first method:

On other devices, go to the desktop menu (this is done with a “pinch” on the screen). After that:

Be careful! Remote Desktop will lose all the shortcuts that are on it. If you want to restore the page, you will have to re-set on it all the program icons from the general list.

Some devices do not provide such a function, but do not be upset, since you can solve this problem using special launcher programs.

Launcher. new features for your device

Very popular are launchers such as Smart Launcher, 360 Launcher, Buzz Launcher. They have many additional features for customizing the graphical interface, desktop, and also provide several new widgets. Launcher is suitable for any phone running Android 4.0.

Working with shortcuts, widgets and folders

Having created the desktop, you need to fill it with something. You can drag shortcuts and programs from another window, and also add them from the general list. This can be done using the following sequence of commands:

How to remove any interface element? Everything is very simple. Hold your finger on it, and then drag it to the “Delete” area (or the trash can icon).

You can also create packs by “gluing” several labels. To do this, drag one icon to another and the system will automatically create a folder. By clicking on it, you will see the edit icon. With it, you can change the name of the folder and the list of programs that will be displayed in it.

As you can see, the manipulation of desktops on devices with Android does not present any difficulties. Most settings are made through standard functions. But if this is not enough for you, you can always put a powerful and multi-functional launcher.