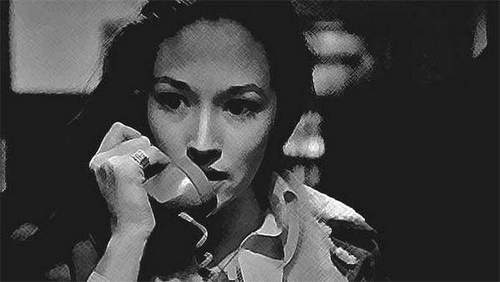 Hello. Tell me how to block an incoming call on Android?

There are many ways to block a phone number on an Android device. The first, and in my opinion, the best method is to use the Android Black List call barring feature.

In principle, it should be enough for everyone. But there is one thing, but not all manufacturers have such a feature as the ability to add the caller to the “Black List”. Therefore, today, in addition to the main locking method, I will also tell you how to do this in other workarounds.

How to block Android calls?

In this article you will learn:

At the end of each chapter, I added a list of supported models. It is quite possible that even though you have found your phone model in the list, it is not at all necessary that you will find the function described in the chapter. It depends on the version of Android installed on your phone.

In this case, there are two options: upgrade your phone or use special programs to block calls. I will talk about them in the next article. Personally, I recommend still updating the version of Android. This procedure improves the security of the phone and usually adds functionality.

How to block a number in Samsung

First you need to start the Phone application, then go to the Call Log and select the contact (number) that you want to block.

After that, in the upper left corner, click on the Advanced button and the Add to automatic reject list button

That’s it, now all calls from this number will be blocked.

In addition, you can edit the list of blocked ones. To do this, go to the Phone application. Click on the Advanced button. And select the Settings tab.

Now select the Reject call option, followed by the Auto reject number list. Here you can see all blocked numbers.

Read more:  How To Set Up Mms On A Samsung Phone

In addition, you can manually add and delete phone numbers, and even block all calls unknown to you, by selecting Unknown

How to block a number on Sony and Nexus

Both Sony and Nexus phones do not have their own number blocking function, but the function of redirecting calls to the answering machine can do just fine. It is done like this.

We find in the contacts of the necessary person. Click on it. Then in the upper right corner click on the pencil icon.

In the contact editing window that appears in the upper right corner, click on the Three Dots icon. Well, now the most interesting. We mark the last item All calls to voicemail. In Nexus phones, this feature is called All Voicemail Calls.

From now on, all calls coming from this contact will be automatically redirected to voicemail. And in case you never set up voicemail, all incoming calls will be disconnected.

How to block a number on LG

Go to the “Wireless Networks” section, select the Calls item, in which you can configure everything as you wish. Here you can set up blocking of individual calls or block all calls.

In HTC phones, as well as in Samsung, there is a native call blocking function. To block a contact, launch the Phone application. After that, go to the Call History or you can find the desired number by clicking on Search.

Then, click on the desired number (press and hold) and then on the Menu icon which is located at the top of the Phone application window.

After that, click on Blocked numbers. And here you can already choose any item at your discretion. Add or remove desired numbers.

The method is tested on the phones One M7, One M8, One M9

That’s all, friends. I hope this article helped you. If for some reason you did not manage to block the number on the Android phone. Do not worry, the other day I will review the best third-party applications for blocking calls.