EMUI 10 was officially unveiled as promised. The outer shell for Huawei and Honor smartphones focuses on increasing productivity. And also on improving the interface. In particular, a full-fledged “dark mode” was added, it is also Dark mode.

Dark mode is one of the new features in Android 10 Q. It will also be present at the settings level in EMUI 10. The company decided to pay special attention to the development of dark mode. 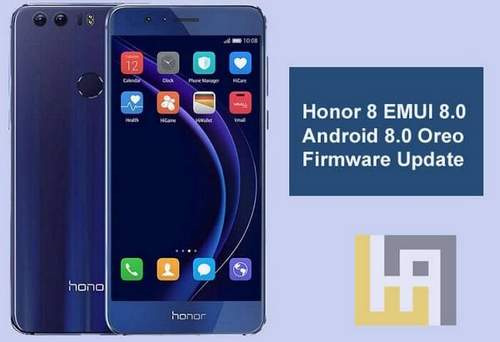 This mode applies not only to system applications, but also to third-party applications. This way, even user-installed applications will be obscured. The main task is to maintain readability and usability of the interface.

EMUI 10 received a slightly updated design. This is manifested in a change in color shades and rounding of the corners of the application icons. Also, the edges of the screen were rounded to ensure integrity.

In general, there is a noticeable tendency towards minimalism, which has been actively promoted recently. Small strokes, refinement of fonts and lines, smooth animation. All this in total creates a new interface.

In addition, navigation gestures are actively being finalized in the shell. Artificial intelligence actively helps in the work. Namely, it monitors user actions and tries to detect frequently performed actions. With the help of these observations, the smartphone recognizes applications popular with the user and optimizes their launch. That is, frequently used applications will start faster.

Android operating system has Android Auto. But EMUI 10 has its own mode for the car. HiCar. With it, you can connect to the car to control multimedia.

In particular, switch the track and control navigation. It is even possible to control air conditioners in the car.

EMUI 10 is ground for working with multiple devices. The relationship with other devices in the ecosystem of Huawei itself is well developed. It supports work with “smart” speakers (speakers), as well as with all kinds of unmanned aerial vehicles, including drones.

Naturally, the Honor and Huawei devices on the EMUI 10 can synchronize with the PC. You can create a virtual screen or simply copy personal files to a computer.

EMUI 10 has just been introduced. In the near future, flagship smartphones will receive an update to EMUI 10. At the moment, it is known that a number of devices can receive a beta version of the firmware. The firmware release date is scheduled for September 8th.

Smartphones planned to upgrade to EMUI 10:

Update by the end of September:

Read more:  What Is The Last Ipad

Honor smartphones that will update:

Read more:  How to know the model of your Asus phone

Huawei has created its own ARK compiler. According to the manufacturer, it is able to increase the stability of the system. At the moment, not all smartphones under the brands Huawei and Honor support the new version of the external shell EMUI.

How to download and install the beta version of EMUI 10

As noted above, EMUI 10 is based on the Android 10 Q operating system. At the moment, it is possible to participate in beta testing of the firmware. How to do it, read the instructions below.

To participate in beta testing, you need a device that receives an update (list above). If you have such a device, then go to the next step.

3. Getting the beta version of the firmware

After successful registration, a notification about an available firmware update will be sent to the phone. Or check it yourself (system.Software Update-check for updates).