recently, the Honor 9 smartphone appeared on sale, it at its very attractive price is equipped just fine, slightly inferior to the expensive flagship Huawei P10. But does it make sense to overpay for a new product when you can buy cheaper last year’s Honor 8, which today looks interesting? A comparison of these two available Chinese flagships will answer this question.

Both smartphones look beautiful, flaunting a spectacular glass back panel that shimmers when light hits its surface. However, Honor 9, unlike its predecessor, is faced with rear curved glass on both sides. Thanks to this, it looks a little more attractive. This design decision can be called an improvement, but rather it was made to simply distinguish the new generation of the device from the previous one. In Honor 8, the back is also attractive, it is endowed with a pronounced 2.5D-rounding around the perimeter. Both devices get dirty equally, despite the presence of an oleophobic layer. Always wipe the back cover or wear a transparent bumper. Of the differences, it is also worth recalling the position of the fingerprint scanner. In Honor 9, it was placed on the front panel under the screen, at the “eight” it is behind. The convenience of the location of the fingerprint depends on a particular person, so it is difficult to give preference to a smartphone in this regard. Both scanners, by the way, work great. A 3.5 mm jack is available in both models, which is good.

Both models are practically identical in weight and thickness of the case, but a noticeable difference is found in ease of use. The back of the Honor 9 mentioned above with a strongly curved glass on the left and right contributes to the fact that the flagship of 2017 feels more pleasant in the palm of your hand. However, the disease of glass smartphones has not disappeared. Both the new device and last year’s are constantly striving to pop out of their hands due to the slippery surface. On the side of Honor 9 there is also a central touch key under the display, which can replace the system buttons. For this reason, there is simply no need for on-screen controls in the new product. In Honor 8, you can’t do without soft keys eating up space on the screen, and this is a minus.

The Honor 8 has a screen larger by 0.05 inches, but the difference is so tiny that it does not strike the eye at all. Both IPS matrices offer excellent quality with extreme viewing angles, high image clarity and sufficient brightness. However, the “nine” is clearly visible excessive saturation of the color palette, shifted to the warm side. In the previous model, the shades are colder, they look more natural. Resolution is used in two cases the same thing. Full HD 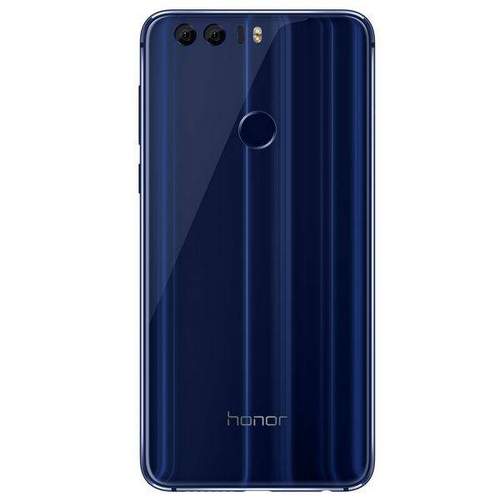 Judging by the performance in popular benchmarks, the Honor 9 with a decent advantage breaks ahead in terms of filling power. Result in AnTuTu. 146 thousand points against 98 thousand. However, in real conditions, a large gap in numbers is weak. Both devices cope with standard tasks equally well, pleasing with smart work. When it comes to demanding games, the 2017 smartphone shows itself in all its glory, surpassing its current opponent. The fact is that the Kirin 960 chip, which is the “heart” of the Honor 9 model, is equipped with the Mali-G71 MP8 graphics subsystem. Against this background, the Kirin 950 processor with the Mali-T880 MP4 graphics module does not look so impressive, although not the weakest either.

Read more:  How to Record a Call on Honor Phone

For this part, the Honor 8 has a small but significant advantage. The device of last year is endowed with two radio modules, while the fresh model is deprived of this opportunity. If one SIM card is used, the other will not work until the first one is busy. For many users, this is an important feature. The rest of the apparatus is in equilibrium. Both devices have onboard modules NFC, Bluetooth, Wi-Fi dual-band and infrared emitter. The connector for synchronization and charging is also identical. USB Type-C. Phones support LTE Cat.6 connection.

Separate chips designed to improve audio, the devices do not. However, both Honors are supplemented by various enhancers that significantly affect the sound quality in the headphones. In Honor 8, DTS technology is responsible for this, and in Honor 9. Huawei Histen surround mode in conjunction with the Honor Pyrity equalizer. Although even without any settings, the new device sounds better than the previous model, the sound is cleaner and more detailed. Pleasure in listening to music “nine” brings more, and this nuance is worth a look at music lovers. In the output of sound through the main speaker, the gap in quality is not so big, but it is, and again it is not in favor of Honor 8, since it has a flatter sound, and it is smaller in volume.

Read more:  What Is The Difference Between Android And Iphone

The gadgets differ in battery capacity. 3000 mAh versus 3200 mAh, Honor 8 has a little less power, which allowed the opponent to overtake him in terms of duration of work. If the Honor 9 battery is enough for a whole day of mixed loads, then the predecessor in this mode will need an outlet in the evening. But not only the reason for the battery life, the level of processor efficiency also decides a lot. The Honor 9 has a 14nm chipset, while the Honor 8 has a 16nm chipset. Both devices can charge quickly with a 9V / 2A adapter. But new items on this procedure take a little less time.

The back panel of both smartphones is decorated with dual cameras. On paper, the Honor 9 photo module is certainly better. 20 12 megapixels with f / 2.2 aperture. However, in practice, the superiority of the “nine” is not so obvious. For example, Honor 8 with its 12 12 megapixel camera and aperture f / 2.2 sometimes takes pictures in the afternoon with more natural color reproduction, and with a lack of light it can give better detail. In other situations, it is Honor 9 that pleases more. Often frames do not differ in quality at all. Because of this, it is hardly possible to identify the leader in photo capabilities, both phones are good. Unless, we note the presence of a hybrid zoom with a twofold increase in the new model, which is not in Honor 8.