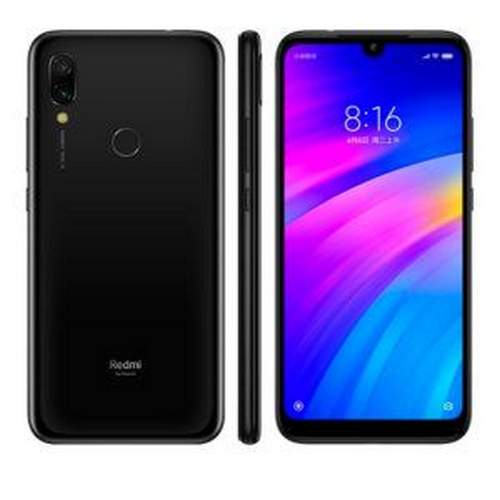 A little more than six months have passed since the launch of the Redmi 6 series, but in the world of smartphones this is a lifetime. New features such as a drop-shaped notch and gradient design have become popular and competitors are not standing still. Xiaomi is not the only company that is constantly fighting to improve the performance of low-cost phones. New Samsung, in particular, poses a significant threat with its low-cost A-series models that have sold pretty well since their launch. Therefore, it is not surprising that Xiaomi has already updated its competitive offers.

The recently announced Redmi 7 is a workhorse that anyone should love. It seems that almost everything that customers could want is offered, and the emphasis is on the total cost, and not on any one important function. Interestingly, Xiaomi has not launched the Redmi 7 Pro or Redmi 7A models. at least not yet. In this review, we will focus on Redmi 7, and we will see if Xiaomi managed to do enough to stay ahead of Samsung, Honor, Realme and other competitors.

Many of Xiaomi’s previous smartphones looked very similar, but Redmi 7 changes this rule. The company completely abandoned the metallic appearance of Redmi 6 and made multicolor glossy plastic, like many of its competitors. There are three colors to choose from. simple Eclipse Black (black), Comet Blue (blue) and Lunar Red (red).

The last two have color gradients on the back panels. Xiaomi calls it its “Aura Smoke”. Comet Blue mixes dark purple and bright blue, while Lunar Red is black at the top and red at the bottom.

Phones are growing, and Xiaomi Redmi 7 is no exception. Its 6.26-inch screen is much larger than the 5.45-inch display on the Redmi 6, but this is not only due to thinner borders. Xiaomi Redmi 7 is significantly larger than its predecessor in all sizes, and also heavier. With 180 g and a thickness of 8.47 mm, this mobile phone will be quite noticeable in your pocket. It is also not easy to reach all the corners of the screen with just the thumb.

With this generation, even the low-cost Redmi 7 gets a modern drop-shaped recess under the front camera, although I must say that if you are looking for a screen without borders, this cell phone does not quite match this description. The good news is that Xiaomi is using Gorilla Glass 5 for a display that should give you some peace of mind.

The back of this gadget is made of molded plastic, which, according to Xiaomi, was “treated with a nano-spray”. Eclipse Black was glossy and reflective, and had no noticeable texture. Unfortunately, it really became very dirty due to fingerprints and stains for several minutes after I unpacked the smartphone. I also noticed that dust and tiny fibers tend to stick to the back. It is not possible to keep Redmi 7 fresh, which is unfortunate. In less than a week of careful use, I saw large scratches and scuffs.

The edges where the glossy back panel meets a matte plastic frame are not perfectly smooth, and this phone is somewhat inconvenient to use. Fortunately, the fingerprint sensor on the back and the power and volume buttons on the right are within easy reach.

There is a very thin speaker for the ear directly above the front camera, and hidden sensors. The tiny white LED built into the chin under the screen lights up when this smartphone phone is charging, and turns off when the battery is full. The rear two-chamber module sticks out quite a bit and does not interfere with anything.

At the top of this cell you will find a 3.5mm headset jack and an infrared emitter for controlling devices. One tray in the upper left corner can contain two Nano-SIMs, as well as a microSD card, which is always nice to see. Of the two grilles below, only one is a speaker. I would like a USB Type-C port, but I can’t complain about using the Micro-USB standard at this price.

Not everyone will like the plastic case and colorful gradients, or the fact that this mobile phone is quite bulky. If you like big smartphones, you will find Xiaomi Redmi 7 much more attractive than its predecessors at the same price.

The new Redmi 7 is based on the Qualcomm Snapdragon 632 SoC, which is a significant improvement over not only the MediaTek Helio P22 Redmi 6, but also the Snapdragon 625 in Redmi 6 Pro. It has eight own Qualcomm Kryo 250 processor cores operating at a frequency of up to 1.8 GHz, and integrated Adreno 506 graphics.

The 6.26-inch screen has a resolution of 720 × 1520 and an aspect ratio of 19: 9. Xiaomi says you get 84 percent of the NTSC color gamut, which is decent enough for an inexpensive phone. The 4000mAh battery has made a big leap up from 3000mAh on Redmi 6, and while Redmi 7 does not support Qualcomm Quick Charge. It charges with 10W full charge.

Redmi 7 supports 4G and VoLTE on both SIM cards, as well as single-band Wi-Fi 802.11 n, Bluetooth 4.2 and GPS. There is an electronic compass, plus an accelerometer and a light sensor, but there is no gyroscope. My diagnostics showed that this mobile phone supports Widevine L3 DRM, not L1 for streaming Full-HD.

The smartphone is MIUI 10.2 on top of Android 9 Pie. During the initial installation process, it is possible to disable the “Wallpaper Carousel” on the lock screen, which may include some advertisements and content. You will see a different element each time you unlock the phone. Interestingly, this is exactly the same platform that I came across on the latest Samsung phones. It is powered by a third-party application called Glance.

MIUI does not give you an application box, so all the icons are on the home screens. If you swipe to the right of the first main screen, you will be taken to a page called App Vault, which has various panels, including shortcuts for specific tasks in certain applications. There are also announcements of “featured apps,” contests, and app integration. The MIUI task switch has a tiled layout, which is actually quite convenient.

Read more:  What Is Hidden Under The Decoding Of Samsung Tvs

Second Space is a separate profile for private applications and data that can be deleted and reset at any time. Dual Apps allows you to run two instances of almost any application, not just messengers.

The music application allows you to stream songs from Hungama without any account setup process. An application called Security has a virus scanner and some privacy tools, but also for some reason includes a “game speed booster” and battery and storage controls that are usually found in the Settings app.

Redmi 7 3gb is involved in the review, so my experience of using it may be better than for people who buy the basic version, which, of course, is more affordable. In addition to advertising all over MIUI, I found Xiaomi Redmi 7 easy to use. But sometimes when calling and scrolling the application switch there was a slight delay, most likely due to the thumbnails of all running applications that need to be cached. One of the rare but strange problems was that notifications sometimes disappeared in less than a second, making them impossible to read.

The screen is a bit reflective, but decent in terms of quality. With such a large screen,s and games look great, but the text is a bit fuzzy. The colors and viewing angles are fine, but the readability in sunlight was not very good.

I was impressed by the speaker, which can produce a loud sound without distortion. It is great for voices in and music, but of course there is no great bass or rich sound. The headset is not included in the standard equipment of Xiaomi.

My benchmarks showed significant performance improvements over the Redmi 6 series. AnTuTu gave 103.574 points, and Geekbench single-core and multi-core scores were 1247 and 4333, respectively. Redmi 7 gave 511 points in the 3DMark Sling Shot Extreme test and 14,458 in Ice Storm Unlimited. The Gfxbench T-rex and Manhattan 3.1 tests were performed at 36fps and 14 fps, respectively.

With everyday use, including a lot of web surfing, plus some photography, games and streaming, I managed to stretch the phone out after a full day and still, about 30 percent remains overnight.

Xiaomi Redmi 7 has a 12 megapixel f / 2.2 main rear camera with a 2 megapixel depth sensor. It does not have an additional zoom or wide-angle lens, but the application boasts AI for automatically detecting scenes and adjusting the camera.

In addition to the usual Pro and Portrait modes, in the photo and modes there is a menu with additional options, including Tilt-Shift, Beautification, Group Selfie, Time-lapse and Google Lens. You can capture bursts by pressing and holding the shutter button, and there is even a setting that allows you to choose between average, center-weighted and spot metering.

Read more:  How To Find Xiaomi Earphones If Lost

I liked the way he takes pictures. The pictures I took in bright sunlight had clear focus and subtle details within the focused area, although everything that was more than a few meters looked much poorer. Redmi 7 did a good job with exposures in scenes with bright light and also shadow, but I would like a little more emphasis on color.

I was pleasantly surprised by how bright the frames turned out, and even the colors were relatively well preserved. However, there was a lot of noise, and these photos didn’t really look good when I enlarged them. There is also a lot of motion blur, and you can expect bright areas to be overexposed due to the slow shutter.

can be recorded at 1080p 60fps and you can choose between the more widely compatible H. 264 and the more efficient H.265 codecs. The clips I recorded looked a little boring, and there were a lot of jerks. Details were poor in Full-HD recorded at night. The decoration is applied automatically when using the 8-megapixel front camera f / 2.0, and it is too aggressive.

Xiaomi has done a lot to improve the Redmi series, and the new Redmi 7 offers better features and specifications, as well as a more modern look than Redmi 6. Interestingly, the price of Redmi Note 7 corresponds to the top-end Redmi 7, which is very tempting.

Xiaomi seems to have an advantage in terms of features and specifications in general for its price. However, the software is likely to push some buyers away.

Buy Xiaomi Redmi 7 and compare prices can on Goods.

You will be interested in the following smartphone reviews:

Do not forget to add online-obzor.ru to your browser bookmarks to be the first to read detailed and independent reviews of new phones!

-The battery is very good.
-2 SIM cards working on 4G memory card slot up to 512GB
– The operating system is fast
– Price
– Face recognition works even in the dark
– Very fast fingerprint scanner
I used to have Redmi 4x, but Xiaomi Redmi 7 is better.

The speed of Xiaomi 7 can be compared with the iphone 8.

I use this mobile and I found out that it has Bluetooth AptX and AptX HD. But this is not indicated in the Xiaomi 7 specification.