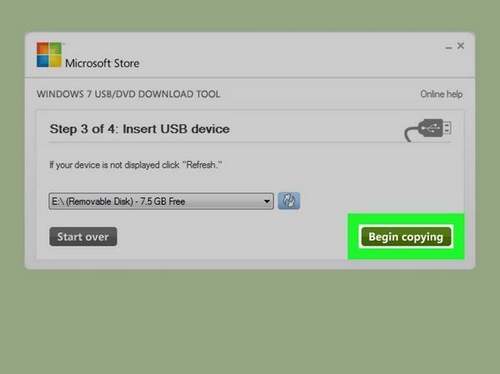 How to create a bootable USB device? For what purposes to use it and what program to write?

A brief overview of the five most popular and free programs for creating bootable flash drives.

Modern developments do not stand still, and yesterday’s technologies slowly but surely lose their relevance. The once-popular CDs and DVDs no longer seem such an unambiguous solution for storing, transferring information and working with it. The high speed of data reading, versatility and the possibility of reusable use are just a small part of all the advantages of a flash drive as a bootable medium over disks. Already today, almost all personal computers and laptops, if they are no more than ten years old, support the ability to boot from USB devices. And in some cases (for example, a netbook), a flash drive may be the only boot device from an external drive.

By the way, the new Windows 10 operating system will be the first axis, the distribution of which will be officially distributed on a USB-drive. And if you suddenly need to recover files from a flash drive, read about it here. I also recommend that you pay attention to the comic service, which will help you escape from workdays and cheer you up.

With the help of additional software, the USB flash drive can be used not only as a boot device for installing, reinstalling and restoring the operating system, but also to create an emergency device (Multiboot). This is a kind of resuscitator, a tool from which at any time you can boot and cure your computer from viruses, restore system files or save important data. How to create such a flash drive-resuscitator, I described in the article “Creating a bootable Live CD / DVD / USB device and its application.” Read this article here.

Despite all the obvious pluses and the growing popularity of flash drives as a boot device, there are not so many programs to create it. Nevertheless, they are, and today I will introduce you to them in more detail, but first a few words about the preparatory phase.

We need the flash drive itself, plus knowledge of some important aspects. First you need to make sure that the computer supports booting from USB devices. There is an erroneous opinion that if in bios (boot section) there is no option to select boot from usb (only floppi, hdd and dvd-rom parameters are present), then loading from usb is not supported. This is not true!

precisely, this is not always the case. The only right decision is to refer to the manual (user manual) of your motherboard or use specialized software (as an option. AIDA64) to receive a detailed report on the hardware used.

The second point is the size of the flash drive. Everything here will depend on what we write on it. For example, to create a Live-USB, Linux or Windows 7 installation disk, a 4 GB flash drive is enough. To create a bootable device with the latest versions of Windows, it is advisable to have a flash drive of at least 8 GB on hand.

The third point is transferring files from a flash drive. As a rule, the process of creating a boot device involves its full formatting. If there are important files on the USB flash drive, transfer them to another device in advance. To create a bootable USB flash drive and then work with it as a bootable device, use the USB-2.0 port (Windows 7 does not support USB 3.0).

How to create a bootable USB flash drive

1. WinSetupFromUSB
A small but quite functional utility with the talking name WinSetupFromUSB. It is equally suitable for recording bootable and / or multiboot flash drives (up to 10 operating systems) and creating Live devices. The official website is www.winsetupfromusb.com.

Among the shortcomings is the lack of support for the Russian language. Among the advantages, as I said, is its versatility. The utility can work not only with the Windows distribution, but is also suitable for burning the installation disk with Linux.

The usual way to create a bootable USB flash drive, for example, with a Windows distribution, involves selecting the flash drive itself in the appropriate columns, the options for automatically formatting the media and the ISO image of the operating system. The recording process starts after pressing the “Go” button. You can read more about the work of this program here.

To create a multi-boot flash drive (multiple operating systems), you need to specify the path to the ISO-images of operating systems. There is no default Windows 10 selection point at the time of this writing, but in reality everything is written and works, just select the appropriate column with the available versions. Vista, 7, 8.

Perhaps the easiest solution to create bootable USB drives. Everything is simple and intuitive. Suitable for working on systems that do not have an installed OS. Official site rufus.akeo.ie.

Of the main advantages. speed, a simple interface, the Russian language. A great solution if you need to create a bootable USB flash drive Windows 10 with UEFI support. By the way, on how to do this, I wrote in detail in this article.

Distributed in the format of a regular installer and portable version. To create a bootable flash drive in the utility window, you must specify the path to the recorded ISO-image and click the “Start” button.

On new systems that use UEFI instead of BIOS, set the “Partition scheme and type of system interface” menu to “GPT for computers with UEFI.”
In other cases, the default settings will be enough. The flash drive formatting option is assigned by default.

This utility is an official application from Microsoft. The interface is minimalistic, simple and clear, it’s easy to work with. Download from the official site wudt.codeplex.com.

Perhaps the name of the utility (Windows 7 USB) is misleading to many that it can only be used to write the Windows 7 distribution to removable media. However, this is not so. In addition to the seventh version, you can write Windows 8.1 and 10 distributions to the USB flash drive.

Of the minuses. the utility is not Russified, but a simple and intuitive interface is designed to level this disadvantage.

All that is required of the user is to insert a USB-drive in advance, select an ISO-image with the operating system and indicate the path to the medium (USB flash drive) where this image should be deployed.

If there are several USB devices connected to the computer, then in the drop-down list we assign the necessary one and click the “Begin copying” button. The boot device creation process has started.

The principle of operation of this program is based on standard tools of the Windows operating system. it is “diskpart”, “bootsect / nt60”, unpacking ISO to a USB flash drive. The program acts only as a graphical interface.

UltraISO. one of the best and most functional programs for working with disk images. Universal “harvester” that supports work with almost any known format. Able to work in tandem with Nero Burning Rom and integrates with virtual emulators. It will help if the boot disk image is not in ISO format.

The program can convert other image formats to ISO files. NRG, MDF, MDS, IMG, CCD, etc. Using UltraISO, you can edit ISO files without unpacking them. The UltraISO interface has been translated into many languages, including Russian. For download, you are offered a choice of several editions of UltraISO, adapted for individual versions of Windows, as well as a portable version of the program. Download link www.ezbsystems.com.

By and large, the program does not care which boot devices will be created with its help, with which operating system, what software and from which manufacturer. The recorded ISO-image must be opened in the program window either using the “Open” command in the “File” menu, or using the browse button on the toolbar. You can also do this using the keyboard shortcut Ctrl O.

In the menu “Self-loading” you need to select “Burn the image of the Hard disk.”.

Then, in the window that appears, if the program automatically selects the desired flash drive, you should click the “Write” button.

Daemon Tools Ultra is a professional imaging tool. The program itself is familiar to many users by the free Lite version, which allows you to mount virtual drives for reading disk images. Its more functional version. Daemon Tools Ultra. among other features offers the creation of boot devices.

We go to the official website and download the program. During installation (installation) you need to select a trial type of license.

The program works with a huge number of disk image formats and can be used both to create a bootable device with the subsequent installation of the operating system, and to restore it (Live-disk).

To create a bootable USB flash drive in the main window of Daemon Tools Ultra, select the “Tools” menu item, and among its commands. “Write boot image to USB”. Or the keyboard shortcut is Ctrl B.

In the recording parameters window, specify the path to the image, make the option to overwrite MBR active and click “Start”.

When the flash drive is ready, it remains only to boot from it. The easiest way is to use the boot menu call keys. The table below provides a visual example of such keys.

Of course, this is not the entire list of programs designed to create bootable devices, but the vast majority of users of the capabilities and functionality of the listed software will be enough.

For example, Rufus can be used as the simplest and fastest tool for creating a bootable USB drive with a single Windows distribution or for flashing BIOS from under DOS.

If you need to create a multiboot flash drive (with several operating systems and / or LiveCD) with the ability to select boot options, then WinSetupFromUSB will handle this.

This is about recording finished ISO images or files to a USB device. If the ISO-image needs preliminary editing or optimization, then here you can not do without the more functional UltraISO and Daemon Tools Ultra.

Instead of concluding, I would like to remind you that the command line is enough to create the most common bootable USB flash drive and then install the Windows operating system from it. How to install Windows from a flash drive using only the command line is described in this article. That’s all here. I hope it was interesting. See you in the next article.