WinUSB. This is an application that allows you to create a bootable USB flash drive Windows in Linux and in just two clicks. The application has support for Windows Vista, when choosing an image to create a bootable USB flash drive, there is a choice of 2 sources where we get the image for recording, the first is of course the hard drive where we store the files, and the second is the CD / DVD discs. The old version of WinUSB only supported Windows XP / Vista, the latest update added support for Windows 7/8, I did not check if it supports Windows 10 since I have Windows 7 installed with the second system in conjunction with Ubuntu 14.04.4 LTS. 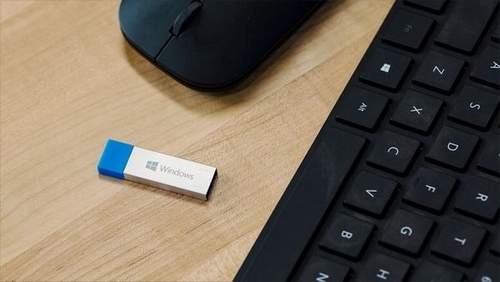 Older versions of Unetbootin make it possible to create a bootable Windows 7 USB stick in Linux, but newer versions UNetbootin they no longer support this feature (of course you can still use the old version), in this situation, you must manually format the USB to the NTFS file system if you intend to install Windows 7/8. If you want to install Windows XP, install the FAT32 file system. Having experience with the GParted application, this will be an easy task for you, possibly difficult for beginners, users who are just mastering Ubuntu Linux.

Using the WinUSB application, this process is now much simpler, from launching the application to creating a bootable flash drive, just a few clicks:

Winusb has a very simple graphical user interface in which every user will understand, just a few points in which it is impossible to get confused, in my case, creating a bootable flash drive took about 20 minutes. I’ll also add to the above, when creating a bootable USB flash drive when the process is already running, in no case do not cancel so as not to ditch your USB flash drive, wait until the end, go make your coffee and do not load the processor with other applications, this will create a faster USB flash drive than in when you will use load applications.

Read more:  How To Set An Alarm Clock On A Windows 7 Computer

To install WinUSB on Ubuntu Linux, open a terminal and run the following commands:

After installation is complete, look for the application in the Ubuntu Menu. System utilities. WinUSB, or by searching in Dash.

WinUSB is one way to create a bootable USB flash drive, but there is also a console option using the DD utility that is installed by default on the system.

How to create a bootable flash drive using the dd utility

If you have any difficulties, ask, specify in the comments to the material.