Connecting Xiaomi headphones to your phone

Pairing Xiaomi TWS headphones with your phone and with each other

Pairing wireless headphones. first connection mode to the sound source, is necessary for the exchange of security keys to establish a connection protected from interception.

Wireless headphones Xiaomi TWS AirDots, like any other, require a pairing procedure before the first use with any new sound source.

It is carried out once, after which the devices memorize each other and the next time you turn on, if both are in range of Bluetooth, the connection is automatic.

Doesn’t always connect the first time. To avoid most mistakes, to adjust the microphone, to get quality sound, it is worth rechecking a few simple steps.

How to Connect Bluetooth Wireless Earbuds to Phone. Tutorial 2020 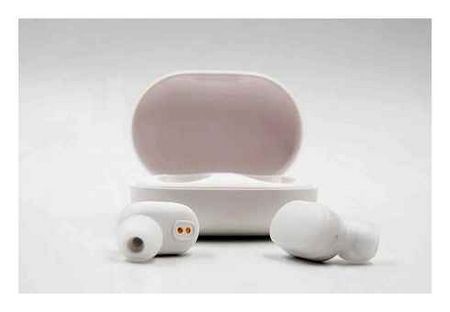 How to connect to wireless headphones so you don’t have problems setting them up?

How to connect Redmi AirDots headphones to your smartphone?

Redmi AirDots model of wireless headphones, also known as Mi True Wireless Earbuds Basic. Consider connecting two headphones to your smartphone at the same time, as well as the option to connect one, as a mono-headset.

Before using the device, you must remove the protective film from the contact surfaces of the headphones, place them in their case and charge them. LED lights up red while charging. When fully charged, it will turn white and go out after 1 minute.

Going to the smartphone: in the Bluetooth menu, search for available devices.

In the list of available devices find Redmi AirDots_L. This is the left earpiece. Click on this name and accept the pairing request, in which you can allow the exchange of contacts. Depending on the version of the headphones: Redmi AirDots or Mi True Wireless Earbuds Basic, the name in the list of available devices may be different. If you have the Mi True Wireless Earbuds Basic version, they will be listed as Mi True Wireless EBs Basic_L. The only difference between the versions is that one is made for the domestic market in China, and the other for the Global market. Functionality and operation are not affected. Package and specifications are identical. But the price may be different.

Read more:  How to connect your gamepad to Android

After a successful connection in the menu of paired devices will appear the status of the device and its charge level. The headphones are connected and ready to use. Now, after the first successful pairing, Redmi AirDots will automatically connect to the paired device, if it has Bluetooth enabled.

What to do when the headphones do not pair with each other?

Pairing between the headphones can be established by resetting the Bluetooth modules.

If after resetting the smartphone began to see the left and right earphones separately, you need to connect only the right one to the phone, and when it begins to play sound, you need to press the power button on the left. it should connect to the right.

If it didn’t work the first time, try resetting again. Also, in a pinch, it wouldn’t hurt to clear the “Bluetooth” app data on your device.

What you need to know about the connection

Let’s pay attention to a few nuances that will be useful for new users of Redmi Airdots:

Read more:  How to Connect a Bluetooth Headset to a Phone

Since Xiaomi has a feature to use the wireless headphones separately in mono mode, this mode is suitable for calls or just to listen to music and communicate, in some cases when syncing with the phone they work as two separate headsets, not pairing with each other for the reason that one can not detect the second headphone.

It also happens when the second headphone is taken out of the case too late and the first one has already activated single mode. In this case, you can turn on the slave earphone, but its work will also be single, which can cause considerable inconvenience. The result of such a connection will be a strong mismatch of sound.

To solve this problem and synchronize the wireless headphones with each other, it is enough to perform the reset, as described above.

Another cause of misalignment is the wrong order of connection to the smartphone Xiaomi AirDots, when the first thing you get instead of the right one is the left earphone, which starts working in a separate mode.

Such a seemingly insignificant action can lead to desynchronization. But if you take out the remaining one at that moment, it will be displayed in the list for connection.

How to connect Xiaomi Mi sports bluetooth headset to your smartphone?

Some of the best headphones that are available for sale Xiaomi sport bluetooth. In-canal headphones with excellent price to quality ratio. They have received a lot of positive feedback from users and critics all over the world.

However, despite all the advantages of these headphones, with their first connection to a smartphone can be difficult. This happens because many phones perceive this Xiaomi Mi bluetooth headset as a set of Chinese characters.

In order to avoid problems when you first connect the headphones, it is advisable to do it at home, where there are no other Bluetooth devices. Then nothing will prevent the successful connection.

To enable the ability to work with 2 gadgets, you need to install on your phone a mobile app, where this function is set up. In my case, it’s the Mi Buds M8.

Accordingly, the initial connection of the headphones to the phone will be our first gadget. To do this, open the lid and without taking the earphones out of the case, press the button on the housing indicator light will blink white, which means that the headphones are in pairing mode

Running Bluetooth on your Android smartphone or iPhone, looking for our ears and making a connection

Once this is done we start the mobile app. On the home screen, scroll down the page and activate Connect to 2 Devices

Now you can make a second connection to the headphones. To do this, turn on the Bluetooth on our second gadget and perform the connection details on how to connect the headset to a particular device we have described in detail on the website, these instructions are here:

In this instruction, I want to break down the topic of how to connect Xiaomi Mi Earbuds and Redmi AirDots wireless headphones to your Android phone via Bluetooth and set up gesture-based music and call control via a mobile smartphone app. Why one article for two brands at once? The thing is that these are essentially the same headphones, but manufactured for different markets. I usually buy headsets on AliExpress for the domestic Chinese market, and these modifications are often called Redmi AirDots. If you take them in the official store in Russia, as a rule, you will find an international version with the name Xiaomi Mi Earbuds. There is no difference in their connection and setup. But there is a lot to tell here, because the advanced models Xiaomi and Redmi support the work of the mobile application, with which you can change the programmed functions on the control buttons through the phone. And it will work with any smartphone on Android Samsung, Huawei, Honor, Realme, Poco, Meizu, Oppo, Vivo, etc.д. In this detailed instruction in Russian we will understand in detail how to connect Xiaomi and Redmi headphones to the phone and configure their functions via Bluetooth.

Xiaomi (Redmi) smartphone users ask how to connect wireless headphones to the phone for the first time and I agree, if you are a beginner, the pairing procedure is not obvious.

I will first explain the principle and then I will show you a concrete example of how to connect the headphones.

There are 2 states of connection for Bluetooth headphones:

Note: Some wireless models have a built-in memory that stores up to 8 sound sources they have been paired with, so you can connect them chaotically and no need to re-pair. Others remember a maximum of two devices, which means that if you connected them to a phone, laptop and another phone, they will forget about the first smartphone and have to re-pair with it.