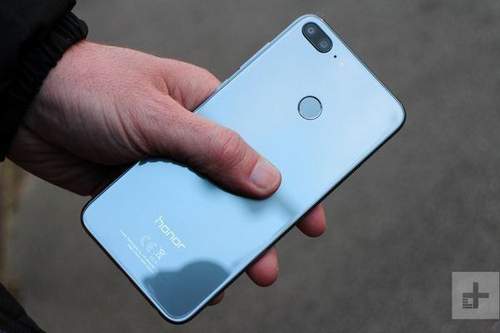 Huawei company produces very good flagship devices. But not everyone can afford the flagships, so the developer immediately tries to produce simplified versions of their expensive smartphones so that users with less income can afford to buy quality products.

This fate awaited both Honor 8 and Honor 9. These are very good devices that had a great price tag, so the company released simplified light versions. Today we’ll talk about them. We will try to determine: Honor 8 lite or Honor 9 lite. which is better.

The characteristics of Huawei Honor 8 lite and 9 lite are different, which makes these smartphones completely different.

The first difference is the design. The cases of the devices are made of different materials. Honor 9 lite is made of metal and glass, and the competitor is made of plastic. Plastic is much worse than metal because it quickly scratches and has lower strength. And, in general, tactile sensations from metal are more pleasant. Fingerprint sensors and other functional elements are identical for both models.

Smartphones also have different screens. Honor 8 lite has a 5.2-inch screen with FullHD resolution, while the “nine” has a 5.65-inch screen with FullHD resolution. Such characteristics immediately suggest that the quality of the displayed image will differ significantly. Due to the fact that the display of the “eight” is smaller, the density of its pixels is not much inferior to the Honor screen 9 light. 423 versus 427 ppi. But when the device has a moderately large screen, it still looks more solid.

Read more:  How to sync Honor with Samsung

Another difference is the version of software used. This is an important aspect that affects absolutely everything. On the OS version depends on the optimization of the device, the comfort of its use and its functionality. These devices are both good in this regard, but still there is a difference. Honor 8 light operates on the basis of Android 7, and the “nine” is already on the eighth version, which is the newest today.

There are differences in the cameras. Honor 9 lite has as many as 4 “eyes”. two front cameras and two main ones. Each pair allows you to take high-quality pictures and photos in bokeh style with a blurred background. Honor 8 light has conventional single cameras installed, the resolution of which is even lower than that of Honor 9 light. The “Four-eyed” has a front and rear pair of 13 2 megapixels, while the “eight” has a main camera of 12 megapixels, the front. 8 megapixels.

I also want to say a few words about the fact that Honor 9 lite is endowed with face recognition. This feature has become very popular thanks to Apple and provides added security for user data.

This was a small comparison of Honor 8 lite and Honor 9 lite, which shows how the models differ. But to conclude which device is better is too early.

As can be seen by comparing the technical characteristics, it is already evident that in the confrontation between Honor 9 lite vs Honor 8 lite, leadership is behind the “nine”.

Firstly, this statement concerns the screen. At the “nine” he is clearly better. It is bigger and better. Although in terms of quality, everything is debatable, because due to different sizes the pixel density is very similar to the competitor. But still, given the size of the screen, it becomes clear that the device looks more solid.

Secondly, in the “nine” is a more recent version of the firmware. We already noted that Honor 9 light works on 8 Android, and 8 light. on 7. 8 version of Android is the latest development of Google. This operating system is best optimized for modern applications. In addition, she has a very beautiful design and user-friendly interface.

Thirdly, Honor 9 lite has the best camera. This is probably the main plus. The Honor 9 lite has a dual camera with 13 and 2 megapixel modules. Honestly, his main camera is average, but still better than his competitor. The resolution of the camera in the “eight” is 12 megapixels.

But the trump card of the “nine” is its “front camera”. The resolution of the front camera is the same 13 2 megapixels. The G8 has 8 megapixel optics on the front panel.

If we compare Honor 8 light and Honor 9 light in terms of and photo quality, then the advantage is clearly behind the latter. The of her front camera is 4160 x 3120 pixels, which is simply gorgeous for the “state employee”. Both smartphones have f / 2.2 aperture on the main cameras and 2.0 on the front.

As we can see, Honor 9 lite has many advantages that make it better than its competitor.

Which phone to buy

Both of the presented devices are the best in the budget price segment, since they have very good hardware, good screens and good cameras. If we compare these models with other representatives of the budget class, they are more like flagships. But still, one of them is somewhat better.

Read more:  How to Find Out a Ps4 Slim Serial Number

The conclusion suggests itself: Honor 9 lite is better. It has a good, moderately large screen, higher technical specifications and it has a much better camera, or rather cameras. And also it has some nice buns, such as 8 Android or the presence of an NFC module.

Of course, Huawei Honor 8 is not much behind. This is a compact device, which also did not become obsolete in 2018, but nevertheless this device is clearly inferior in terms of price and quality.

Speaking of price. Both smartphones have of 15-16 thousand rubles. And definitely both phones are worth the money. There are models that offer several times less benefits for this price.

This is our choice, and you need to choose the best smartphone for yourself, because it is quite possible that the compact “eight” is more suitable for you than the big “nine”.

Pros and Cons of Honor 9 Lite

Once again, the advantages of Honor 9 light are as follows:

Pros and cons of Honor 8 Lite

Now it’s time to talk about the advantages of Honor 8 lite: