One of the most popular questions of our readers: How to record from the screen on Android? Functional solutions developed for a very long time, but, as a rule, required manual processing and adjustment to get the result. In Android Lollipop, we got a way to record the screen in the OS, and most users today use this solution. Let’s look at a few Android apps and other methods for recording from the screen of your mobile device.

Programs that run on Lollipop and higher:

AZ Screen Recorder (No root’s required)
5.1.1 VIP AZScreenRecorder5.1.150112.Apk [14.91 Mb] (downloads: 75062)
The first is AZ Screen Recorder, and this is one of many screen recording applications that was developed specifically for working with Lollipop. Some functions include a convenient button for managing recordings without displaying unnecessary elements on the screen, the ability to capture from the front camera, as well as record from the screen, including a countdown timer and cropping functions. This is a free app with some in-app purchases if you need them.

Ilos Screen Recorder
ilos-screen-recorder_1.7.0.Apk [3.76 Mb] (downloads: 54972)
ilos Screen Recorder is a completely free solution when it comes to recording from the screen in Lollipop. This is a very simple application that does not require dancing with a tambourine, but supports audio recording and should work on all devices running Android 5.0 Lollipop and higher. The application also has no ads, no watermarks and time limits. The company also offers an interesting web-recorder on the official website, capable of recording materials from your computer if you need this feature.

One shot screen recorder
One-Shot-screen-recorder_1.2.9.Apk [3.89 Mb] (downloads: 44054)
One Shot Screen Recorder diligently keeps the process of recording from the screen simple. The whole process includes four simple steps for your convenience, and that’s really all you need. The application focuses on ease of use in comparison with other applications, and copes with its task perfectly. In the free version of this application, you get a watermark on tracks, but the premium version gets rid of this sign, including the ability to impose your own logo, allows you to hide the notification icon, remove ads, and much more.

Telecine
Telecine_1.6.2.Apk [2.55 Mb] (downloads: 85638)
Telecine is the highest rated app on our list, 4.5 out of 5 stars on Google Play. The application includes an overlay interface, so you know when you are recording a, moreover, the process is not clogged with notifications, which are usually found on other screen recording applications. It is also a completely free application that does not have watermarks. A feature of this application is open source, so developers can enter patches and patches on their own, or even create their own modifications based on this application.

Unlimited Screen Recorder Free (No root’s required)
Unlimited-Screen-Recorder_1.10.Apk [2.25 Mb] (Downloads: 38408)
Unlimited Screen Recorder Free is our latest Lollipop-oriented screen recorder. This is another completely free option, which is not watermarked, has unlimited recording time, as well as a host of other features. The application has a simple, touch-sensitive interface and records from audio. There are also some advanced settings for advanced users.
Programs that work from Android to Lollipop:

Read more:  Scan And Remove Viruses From Your Android Tablet

Mobizen (No root required)
Mobizen_3.4.3.2.Apk [25.44 Mb] (Downloads: 67542)
Mobizen is an option that allows you to do a lot of different things, including sending SMS from your desktop, transferring files to your PC, and streaming to your computer screen. You can also records using this application, and this is one of the few options available for recording a screen using Android before Lollipop. Unfortunately, the screen recording is not too good, you may encounter image jumps, low frame rate and other problems. Not a perfect solution, but free.

Scr-pro-1.0.5-game-edition.Apk [5.69 Mb] (downloads: 11945) or
scr-mm.Apk [421.31 Kb] (downloads: 2774)
SCR Screen Recorder is in many ways the best way to record from your device’s screen if you use Android older than Lollipop. Unfortunately, the application requires a root’s device, so it remains inaccessible to clean devices. The application records sound, allows you to turn on the image from the front camera to the screen, as well as much more. The application is still actively developing, new features are constantly appearing, and this is the best way to record from the screen to Android 5.0.

Other methods
There are other ways to record the screen of an Android device, namely, using hardware. There are two main ways to achieve a result:
If you use a device with Android Lollipop (or higher), you can use ADB to record the screen. On our site you will find a complete tutorial on this solution.

Professionals use capture cards that connect to Android devices using a computer and have full control over recording. Capture cards can be quite expensive, but with them you get the best frame rate and recording quality. In addition, they record directly to the computer’s hard drive, which allows for longer recording times. Please note that you may encounter potential problems with HDCP, look for more details on this in the search engines. 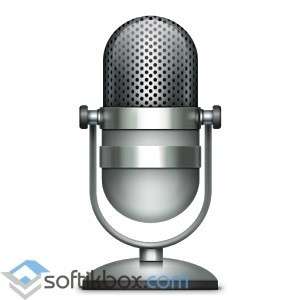 Free programs for recording sound from your computer screen will give you the opportunity to create high-quality with sound, record useful trainings, create interesting presentations.

UV SoundRecorder is a simple program designed to record one or more audio streams from digital as well as analog audio sources that can be synchronized with a PC.

UV Screen Camera. A program that can makes of the actions taking place on the monitor screen. It is perfect for creating training materials, lectures and other content for users.

Advantages of this program:

TingleSoft Desktop Recorder is a utility for recording sound from a microphone, as well as recording the activity of your desktop in real time.

Free programs for recording sound from the screen will help you create and make corrections to useful educational materials, presentations, and vivids.

Many people know the fact that the Android operating system can create screenshots. But in some cases this function is not enough. It happens that you want to create a full-fledged recording, in order to then share it with your friends. But capturing is already a non-trivial task that only third-party utilities can handle. In today’s collection, we will talk about how to record from the Android screen.

The developers of this utility try to immediately mention that their creation functions without root. In Google Play this fact is even displayed in the name of the program. But what can the application do? After all, it could not do without restrictions, since the operating system itself imposes them.

In fact, the program allows you to record from the screen on most smartphones, regardless of the installed version of Android. You can start the shooting process literally in one tap if you placed the corresponding widget on the desktop. At the same time, not only the sound of the system can be written, but also the data coming from the microphone. This is very useful in cases where you need to record a tutorial on mobile OSes. And also the utility can pause recording. A rare competitor can boast of this.

Download AZ Screen Recorder is completely free. But if you are generous for a certain amount, you will get additional functionality. For example, developers will provide you with a GIF converter, a trimmer, and the ability to draw on the screen.

Distributed for free. No root privileges required. Lack of advertising. No time limit. Convenient widget that allows you to start recording with one touch. The ability to pause recording. The choice of resolution and bit rate. The ability to record sound from a microphone. Even richer functionality in the paid version.

Read more:  How to Recover Video on Android After Deleting

When recording to Skype, the microphone may mute. There may be problems with taking screenshots.

Another recording application that functions stably. It can also be downloaded for free, after which you can purchase the PRO version if you want to get an expanded arsenal of capabilities. The program allows you to record in high quality, and then send it to the “cloud” or social network.

The developers claim that their creation perfectly copes with the recording of the gameplay, as well as with the creation of a kind of tutorial. When the user talks about the capabilities of the operating system or some utility. Also, the application allows you to save communication with other people through Skype. Of course, there is the possibility of recording from a microphone, without which it is difficult to imagine a normal conversation recording.

The most interesting function of this program are presets. You can adjust the image quality as you wish and save your choice as a separate option. So you can create many presets, which allows you not to waste time choosing the resolution, bit rate and other parameters in the future.

Record up to one hour long. You can download the program for free. No root access required. There is the possibility of using a microphone. Simple and intuitive interface. Ability to save parameters as presets. Countdown timer and other useful features.

Many of the above functions are only available in the PRO version. Performance issues on some devices.

One of the simplest programs designed to shoot from the screen of a smartphone or tablet. It has a very simplified interface. The user needs to open the application, and then click the “Start” button. After 5 seconds, recording will start. During this time, you can minimize the program. To finish shooting, you just need to click the Stop button, which is located in the notification panel.

In fact, this utility is rich in all kinds of settings. But you can find many of them only in the paid version, which cannot but upset. However, it costs only 50 rubles. If you really want to get a high-quality, then you can definitely be generous with such an insignificant amount.

ScreenRecorder allows you to accompany the recording with sound written from a microphone. And the functionality of the PRO version is a little more advanced. She can also boast of the lack of advertising, which in the free ScreenRecorder utility can annoy. It should be noted that the application is stable without root only on Android 5.0 and newer versions of the operating system. On older versions of the OS, you still need root access. But this applies to almost all the utilities considered today.