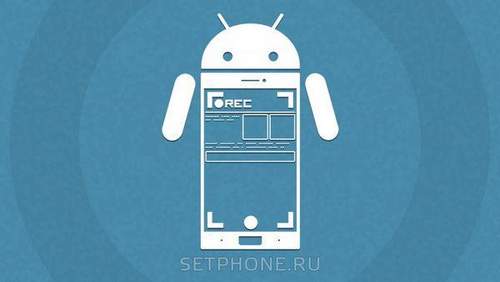 Many people know the fact that the Android operating system can create screenshots. But in some cases this function is not enough. It happens that you want to create a full-fledged recording, so that then you can share it with your friends. But capturing is already a non-trivial task that only third-party utilities can handle. In today’s collection, we will talk about how to record from the Android screen.

The developers of this utility are trying to immediately mention that their creation functions without root. in Google Play this fact is even displayed in the name of the program. But what can the application do? After all, it could not do without restrictions, since the operating system itself imposes them.

In fact, the program allows you to record from the screen on most smartphones, regardless of the installed version of Android. You can start the shooting process literally in one tap if you placed the corresponding widget on the desktop. At the same time, not only the sound of the system can be written, but also the data coming from the microphone. This is very useful in cases where you need to record a tutorial on mobile OSes. And the utility can pause recording. a rare competitor can boast of this.

Download AZ Screen Recorder for free. But if you are generous for a certain amount, you will get additional functionality. For example, developers will provide you with a GIF converter, a trimmer, and the ability to draw on the screen.

Another recording application that functions stably. It can also be downloaded for free, after which you can purchase the PRO version if you want to get an expanded arsenal of capabilities. The program allows you to record in high quality, and then send it to the “cloud” or social network.

The developers claim that their creation perfectly copes with the recording of the gameplay, as well as with the creation of a kind of tutorial. when the user talks about the capabilities of the operating system or some kind of utility. Also, the application allows you to save communication with other people through Skype. Of course, there is the possibility of recording from a microphone, without which it is difficult to imagine a normal conversation recording.

The most interesting function of this program are presets. You can adjust the image quality as you wish and save your choice as a separate option. So you can create many presets, which allows you not to waste time choosing the resolution, bit rate and other parameters in the future.

One of the simplest programs designed to shoot from the screen of a smartphone or tablet. It has a very simplified interface. The user needs to open the application, and then click the “Start” button. After 5 seconds, recording will start. During this time, you can minimize the program. To finish shooting, you just need to click the “Stop” button, which is located in the notification panel.

Read more:  Running Android Application Optimization Does Not Turn On

In fact, this utility is rich in all kinds of settings. But you can find many of them only in the paid version, which cannot but upset. However, it costs only 50 rubles. if you really want to get a high-quality, then you can certainly be generous with such an insignificant amount.

ScreenRecorder allows you to accompany the recording with sound written from a microphone. And the functionality of the PRO version is a little more advanced. She can also boast of the lack of advertising, which in the free utility ScreenRecorder can annoy. It should be noted that the application is stable without root only on Android 5.0 and newer versions of the operating system. On older versions of the OS, you still need root access. But this applies to almost all the utilities considered today.