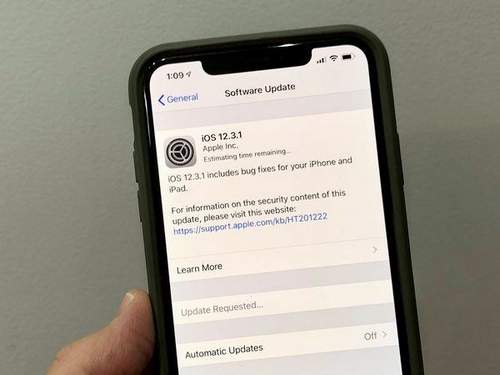 2. Jet Black color. This can be cited as “We made a super trendy, durable and stylish Jet Black color case. But there is one thing. It is very scratched, so we recommend purchasing our signature case for 100 bucks. ” Judging by the tests, this color is very scratched, much stronger than the glass on the Samsung Galaxy. A logical question arises: Why was this trash done? But the main thing is to show in the commercial how beautiful it looks in production.

3. Space Gray removed. It was the most popular color in past iPhones. What caused this decision is not clear to me.

four. Water resistant. But what is the minus, you ask? This is not a minus, but Apple’s claim that they will not return recessed phones under warranty is just a spit in the face of buyers.

5. Camera. This is generally a separate issue. 2 lenses, it sounds cool. But it was not there. If you look at examples of shots, the camera of the new iPhone 7 \ 7 Plus shoots on par with the iPhone 6S Plus and even 6 Plus. For 3 years, almost no progress. In a blind test to me, you most likely will not determine where the photo was taken on 6 Plus, where on 6S Plus and where on 7 Plus. The only way you can determine the 7th iPhone is a slightly more blurry background with macro, and a little (really a little) better quality when shooting in the dark.

Galaxy S7 or Note 7 cameras shoot an order of magnitude better in 95% of cases. Significantly better in almost all respects.

6. Display. He remained the same as he was. I watched 3 different iPhone 7 Plus and one iPhone 7, I didn’t notice an increase in maximum brightness on any of the ones that Apple talked about (read cheated on) at presentations and in advertising. The screen is exactly the same as in previous models.

7. Performance. Again, at the presentation of Apple, their new A10 chip was praised so much, and in benchmarks it shows excellent results. But in fact, in real applications, the speed in the work is not noticeable at all.

Read more:  iPhone 7 is warming up

8. Autonomy. The iPhone 7 Plus keeps my battery worse than the iPhone 6S Plus. Most likely, this will be corrected in the next updates of iOS 10, but the difference will be 10%, which is not worth attention.

9. Savings on components. The glass covering the camera and the home button is no longer made of sapphire, but of ordinary glass, such as on the display. Long live the scratches.

10. Framework. Buy at the end of 2016 a phone whose frame is thicker than that of Chinese state employees for 10,000 rubles, this does not respect yourself. I understand the bottom frame, there is Touch ID, but the side ones could reduce it.

I will not write about such controversial things as the new Home button or the lack of a 3.5 mm headphone jack. Personally, this did not bother me, but for some people this will be a minus.

In the end, give more pieces of bucks only for water resistance? After all, it turns out that nothing else from what we can notice has not changed significantly. Rather, it has changed, but only on paper or according to Tim Cook. I always bought an iPhone because I appreciated the quality and the real experience of use. And in these indicators the Cupertinians for this year greatly lost their position.

Read more:  Iphone 5s Heats Up When Using The Internet

Well, the next generation of iPhone will wait, and for now I will be walking with my “old man” iPhone 6S Plus. I would love to change it to Note 7, but I’m heavily tied to the Apple ecosystem.

This is just my opinion if you consider the iPhone 7 Plus worthy of an update. forward, and I will abstain this year.